SFS, with Kanupriya as the candidate, managed to win the top post in the students council election at Panjab University, defeating ABVP’s candidate Ashish Rana by a margin of 719 votes. 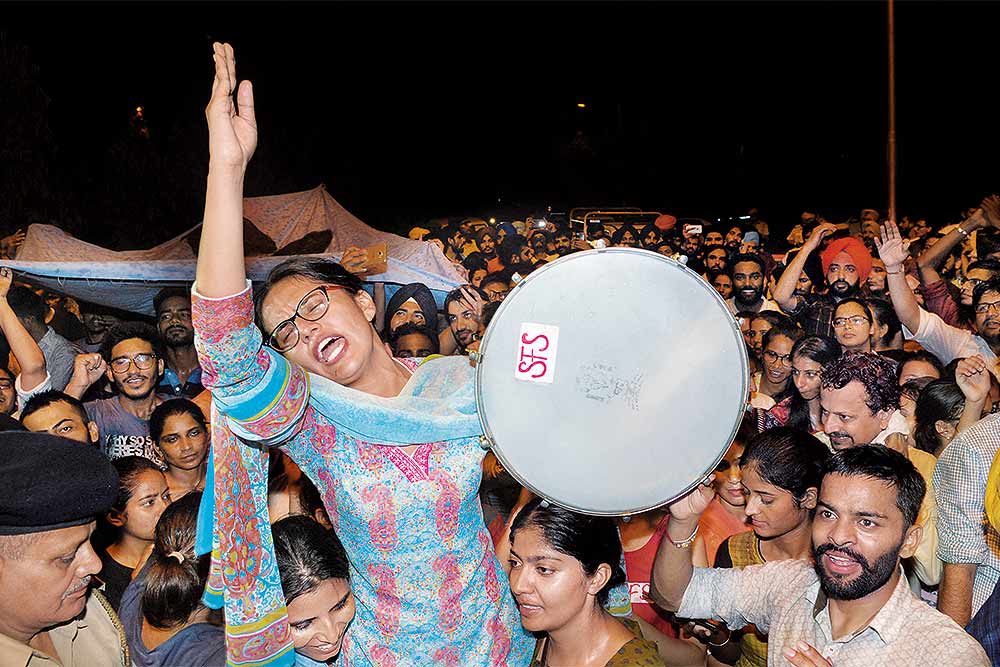 The results of the students council election at Panjab University were announced on September 6, giving a blow to the rampant culture of ‘money­-muscle politics’ in public educational institutions in the country. The Panjab University Campus ­Students Council (PUCSC) got its first woman president—the confident 22-year-old Kanupriya, who’s a member of Students For Society (SFS), which is an independent organisation unlike most other organisations competing at the university, which are ­extensions or ‘wings’ of bigger, nati­onal political parties.

The Left-leaning SFS is a relatively new organisation. It was formed in 2010 and gained prominence when it fought against the university fee hike in 2013. It had also earned bad name last year in connection with some campus violence. On the whole, SFS’s politics seem to be a foil to the established culture of political tactics at the university. It has criticised other parties for offe­ring freebies to students in exchange of votes and not giving enough attention to real...