Overdose Of Vitamin-D (For Defect)

Top TMC leaders like Mukul Roy, Suvendu Adhikari, Sovan Chatterji, Rajib Banerjee, Saumitra Khan have defected to the BJP. How big a price will it be for the party in the coming assembly polls? 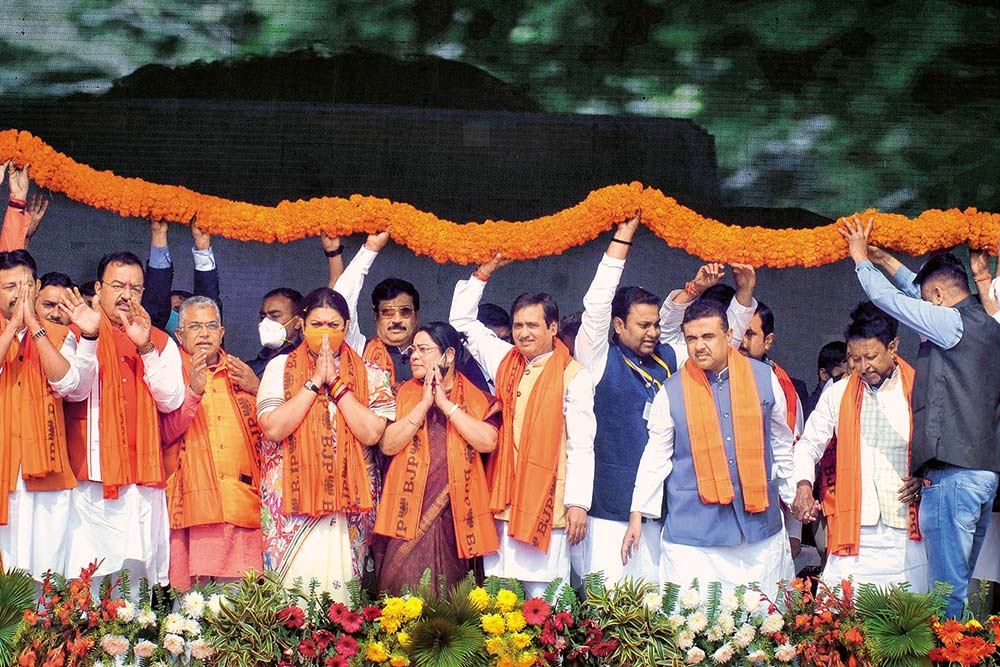 After TMC heavyweight Suvendu Adhikari joined the BJP, taking along with him six other MLAs, in December, veteran Congress leader Abdul Mannan had said that it “felt good to see the TMC got a taste of its own medicine”. The Congress should have had no reason to rejoice the BJP’s gain in strength but old wounds run deep. The TMC, since severing its ties with the Congress in 2012, embarked on a journey to destroy the Congress and got a series of elected public representatives, from panchayat and municipality members to MLAs and even MPs, to defect to the TMC. The Left parties, too, lost nearly a dozen of MLAs to the TMC.

And in a matter of just three years, the BJP has shown a greater ‘strike rate’ than the TMC in engineering defections. It now has in its leaderships former TMC leaders like Rajya Sabha MP and Mamata Banerjee’s former right-hand man Mukul Roy, former ministers Suvendu Adhikari, Sovan Chatterjee and Rajib Banerjee and Lok Sabha MPs Saumitra Khan and Sunil Mandal and many MLAs.

“The TMC introduced the culture of...