The Souls Of Their Machines 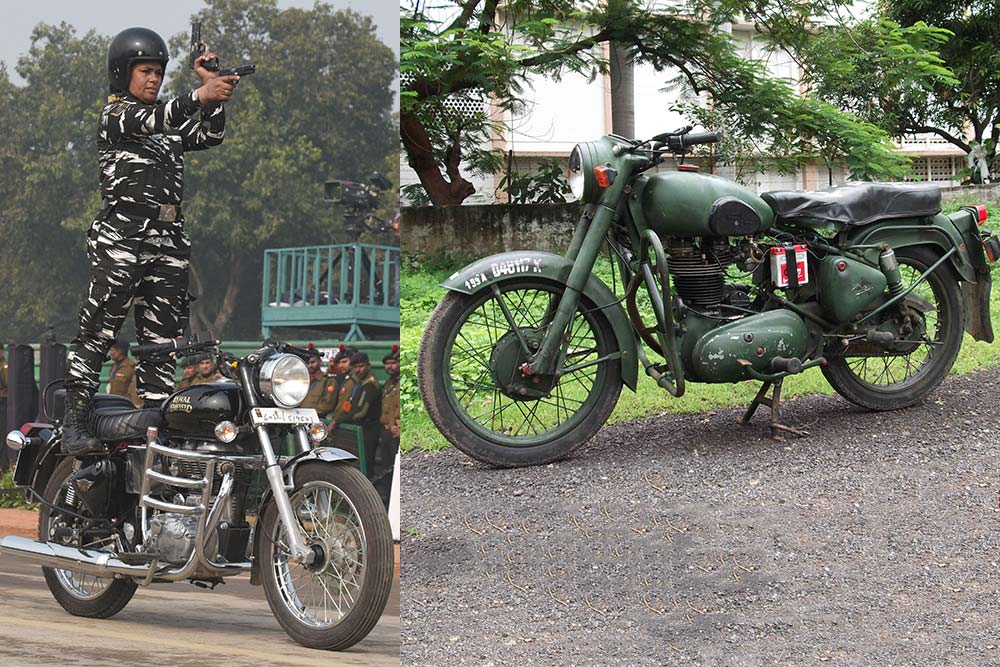 The woman daredevil (Left) with her stunt; RE has had a long relationship with Indian security forces since 1953

They are the Bullets, each made like a gun, which mesmerise and murmur-ise thousands of viewers each time they perform the displays and stunts. They are the favourite of the Indian security forces. The army, BSF, and CRPF have several motorcycle display teams that enthrall their audiences. In this part, we talk about the machines, not just their mechanics and forces, but also their hearts and souls. For a machine, like a motorcycle or car, is like a human or animal. It connects with the rider in emotional ways.

Indian forces’ tryst with Royal Enfield (RE), the maker of Bullet bikes, began 67 years ago. In 1953, the former acquired a few to monitor the sensitive borders in north and west India. The relationship thrived and, hence, it wasn’t unusual that the brand became the most sought-after one by the display teams. Several riders maintain that the Bullet is powerful and stable, maneuverable and heavy, and eccentric and intelligent. Thus, the machine behaves in ways that the rider wants it to, and in manners that she hopes it to.