Outlook-Lokniti-CSDS Election Analysis: How Congress Managed To Win Over OBCs In Chhattisgarh

The nitty-gritty of Congress Chhattisgarh sweep 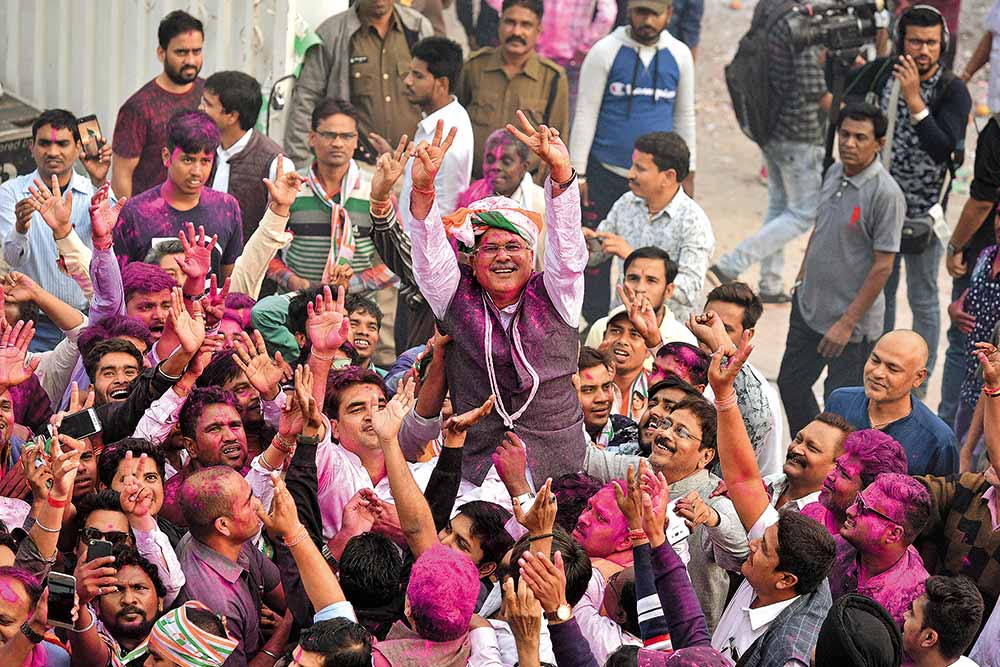 The party secured a three-fourths majority winning 68 of the 90 seats on offer. The BJP, which got just 0.7 per cent more votes than the Congress in 2013, trailed this time by 10 percentage points. The Congress ended up securing 43 per cent votes and the BJP 33 per cent. What is rem­arkable is that the Congress was able to achieve this unexpected win despite the perception that its state leadership was weak, and despite the fact that the party was facing a stiff challenge not just from a firmly ent­renched BJP but from someone who once used to be part of it: ­ex-chief minister Ajit Jogi. Jogi’s new party, Janata Congress Chhattisgarh...