Outlook-Lokniti-CSDS Analysis: Congress Failed To Highlight Its Feats In Mizoram

MNF back in power as Congress fails to hide failures, highlight feats 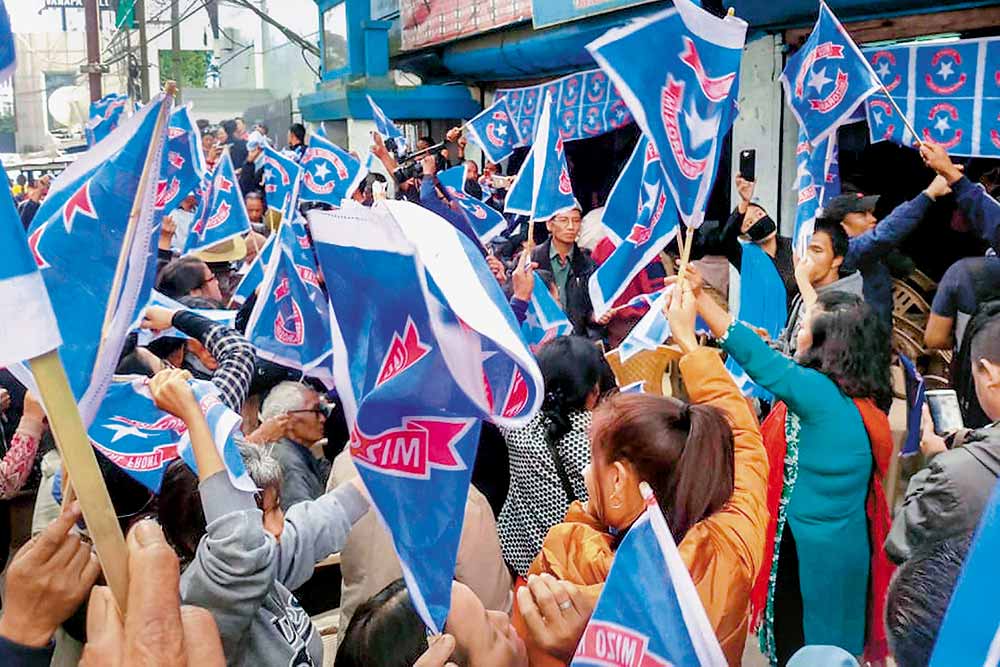 The Congress is thrown out of power after two consecutive terms (2008-2018) in Mizoram. The Mizo National Front (MNF) which has been out of power since 2008 has come back with a majority of 26 seats. This election saw the BJP make its debut in the Mizoram assembly for the first time with one seat. The Zoram People’s Movement (ZPM), which is a conglomeration of six local political groups, has won eight seats; its chief ministerial candidate Lalduhoma winning in two constituencies. Smaller parties not having enough punch such as PRISM and Zoram Thar also contested.

A sense of anti-incumbency had been running high in the state for the past few years, but strangely the Congress leadership in the state seemed to have paid no heed. One often wonders how such complacent leadership could have evolved in a party with long experience in politics. In the 2013 election, Mizoram voters gave them, and in fact, for the first time for any party, a solid majority of 34 seats in the 40-seat assembly. Such a mandate should have ensured and strengthened the people’s faith in the...