Out Of Jaya’s Shadow

Sasikala’s CM bid invites public ire, but she has never been one to let that stop her 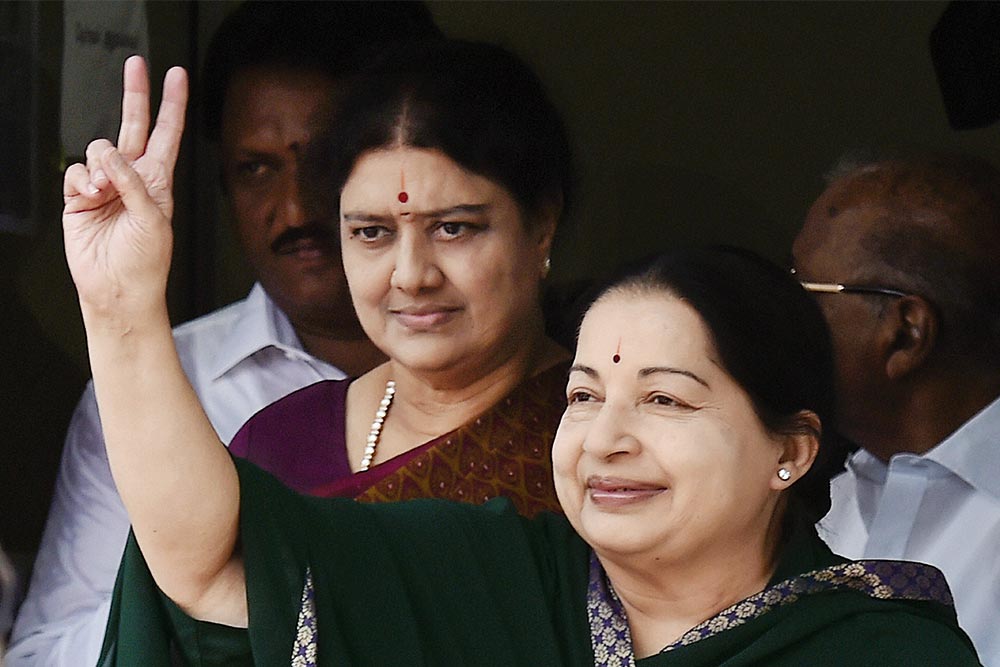 In The Wings
V.K. Sasikala standing ­behind J. Jayalalitha
Photograph by PTI
S. Murari February 10, 2017 00:00 IST Out Of Jaya’s Shadow

Within two months of the passing away of the then Tamil Nadu chief minister J. Jay­alalitha, V.K. Sasik­ala, who entered Jayalalitha’s household as her caretaker and aide in the late 1980s, has staked claim to become the third woman CM of  the state. This has ­triggered outrage among various ­sections of the people.

Wielding enormous money power, Sasikala carved out an influential role for herself in the All India Anna Dravida Munnetra Kazhagam (AIADMK), by getting elected as the general secretary, a post held earlier by party founder M.G. Ramachandran (MGR) and then Jayalalitha. From there to forcing out O. Panneerselvam, who took over as CM after Jayalalitha’s death last December, was but a short step.

In ousting Panneerselvam, who appa­rently had the blessings of the central government, Sasikala has taken a calculated risk. After all, the AIADMK has 37 MPs in the Lok Sabha and, as per the latest headcount, 128 out of 234 MLAs in the Tamil Nadu assembly are with her. The Modi government, through Governor C. Vidyasagar Rao, has...