Our Very Own Nadir Shahs

For the corrupt rich, India is hell to live but heaven to loot. They flee after the crime, seldom get dubbed anti-nationals. 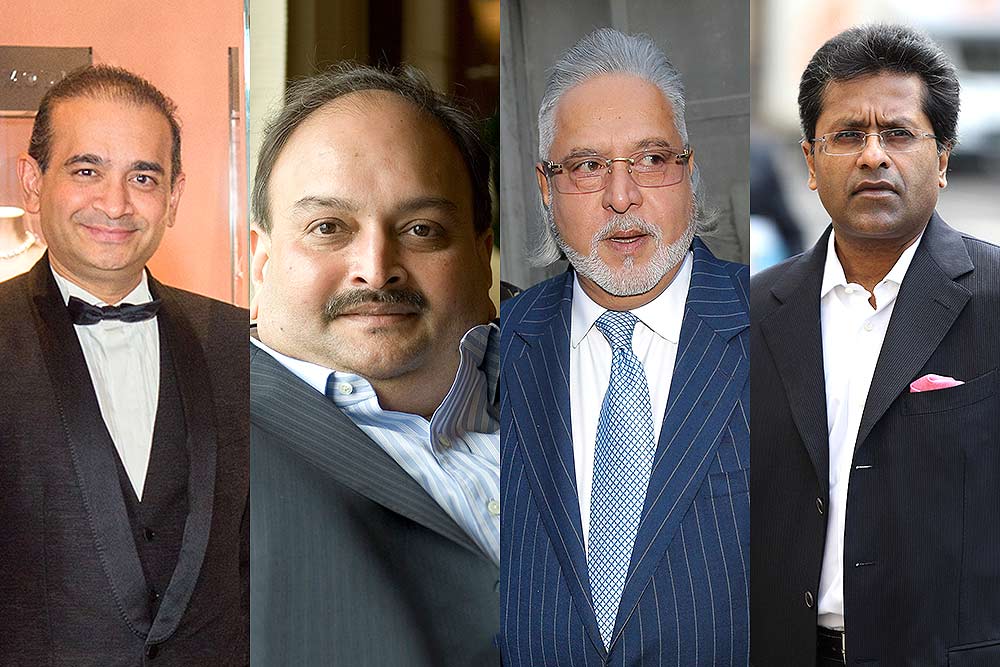 Heaven Is Abroad
(From left) Nirav Modi, Mehul Choski, Vijay Mallya, Lalit Modi are, typically, far away from the arm of law

Eighteen decades ago, in or around 1840, Calcutta saw the subcontinent’s first bank scam. It was by a duo—one of them businessman Raj Kishore Datta, who, interestingly, had himself founded the bank, he plundered along with his son-in-law Dwarka Nath Mitra. Author Shib Chunder Bose documented the pioneering loot in his 1881 study, The Hindoos As They Are. He was, however, ashamed to furnish the full list of the glowing accomplices and accompanists in the crime. Bose, of course, hinted that a combination was formed among a few influential natives, whose names “I am ashamed to mention and a well concocted system of fraud was organized”. To highlight his social class, noted he, Datta was “a very respectable Hindoo gentleman” of Calcutta. This alluring coat of social respectability protected certain class against exposures of disgraceful crimes committed by them. A privilege not many enjoy!

Today, the feat has been repeated by another duo: Nirav Modi and his uncle Mehul Choski. Only that they targeted the country’s nationalised...