Our Neighbour Does Not Mend Its Ways: Rajnath Singh

Our PM put all protocol aside and visited Pakistan, he took initiative to normalise relations, but our neighbour don't mend their ways, Home Minister Rajnath Singh tells Outlook. 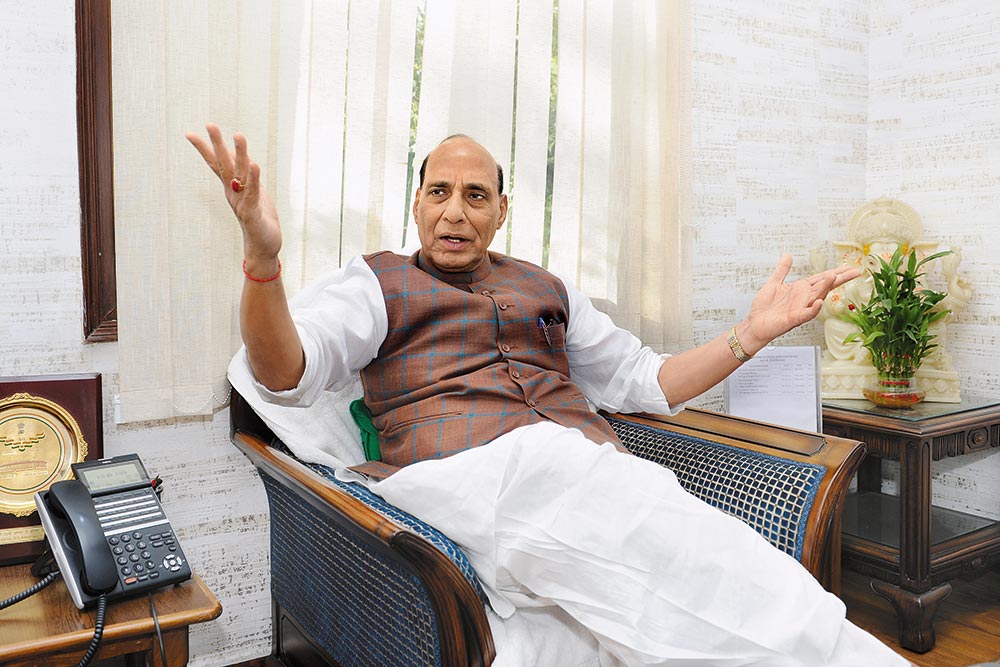 Home Minister Rajnath Singh tells Bhavna Vij-Aurora that the Centre made all attempts to reach out to Kashmiris and bring peace to the state, but some vested interests did not let them succeed. He says the government is not going to let the setback come in the way of peace and is determined to resolve the Kashmir imbroglio. With Pakistan sponsoring terrorism in Jammu and Kashmir, Singh says it’s high time the neighbour mended its ways.

How do you read the recent developments in Kashmir?

The central government has been trying its best to improve the situation in the state. We declared suspension of ope­rations by security forces during Ramzan. Our belief was Kashmir is ours and so are the Kashmiris. We did not want them to face any inconvenience in the ‘muqaddas’ month of Ramzan. But what was the response from the other side? Our army jawaan Aurangzeb was killed. Reputed journalist Shujaat Bukhari, who talked of peace, was shot dead. We couldn’t even think of extending the...