'Our Intellectuals Are Not Moved By Recent History'

Unbelievable as it may seem, the first film on Partition was made by a South Indian. The man talks on Garam Hawa. 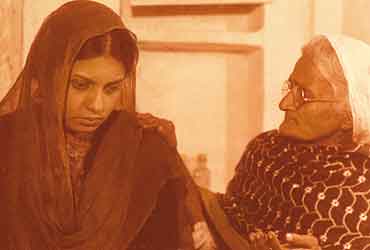 Sugata Srinivasaraju August 22, 2005 00:00 IST 'Our Intellectuals Are Not Moved By Recent History'

outlookindia.com
-0001-11-30T00:00:00+05:53
You're a South Indian, many times removed from the realities of Partition. How did you come to make 'Garam Hawa'?
It's not about being a South Indian, but more to do with one's sensibility. As a filmmaker, it makes no difference where you come from. Amita Malik, in her review of Garam Hawa in the Statesman in 1973, said after 25 years of Independence, a film has been made about Muslims and the Partition and it had to be made by a South Indian Iyengar. I don't know how she got to know my caste. But the fact is that there were so many filmmakers, producers, actors directly affected by the Partition in the film industry in Bombay, yet the first film on the subject had to be made by me.

But it is a fact that South Indians didn't feel the trauma of the nation's division as much as people in the North?
That is not true. Partition was an event that touched the lives of people across the country. You see, a lot of South Indian Muslims from Kerala, coastal Karnataka and to an extent, from Goa are in Gulf countries today. Many of these...