The full, 11,350-word text of Neha Dixit's five-part investigation "Operation #BabyLift" on how the Sangh Parivar flouted every Indian and international law on child right to traffic 31 young tribal girls from Assam to Punjab and Gujarat to ‘Hinduise’ them. 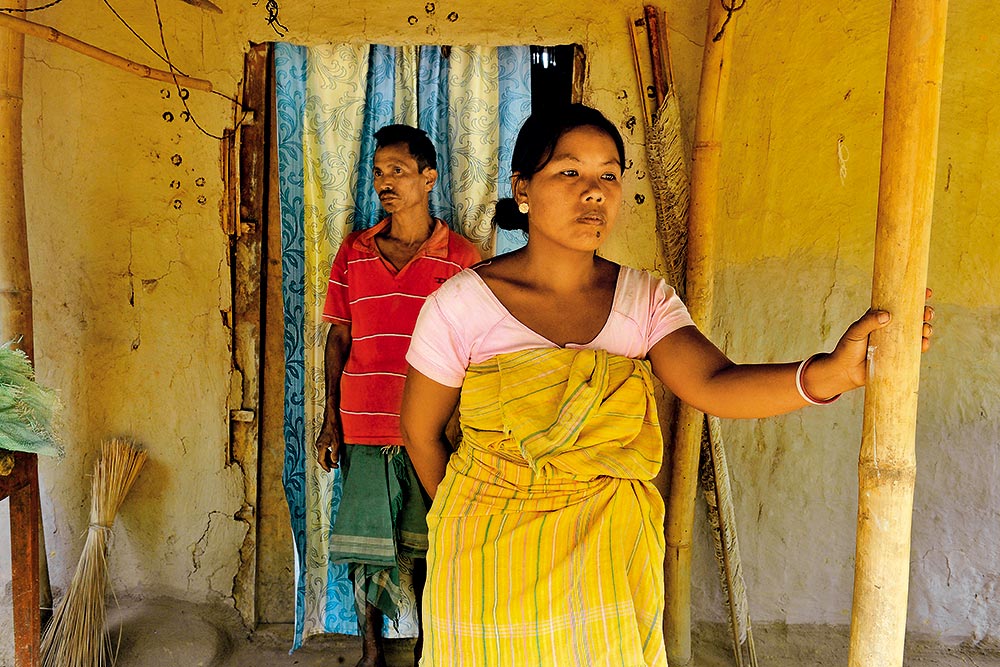 A Year On
Champa Bas­u­­matary has no idea where daughter Babita is
Photograph by Sandipan Chatterjee
Neha Dixit July 29, 2016 00:00 IST Operation #BetiUthao

How the parivar flouted every law on children to traffic 31 young tribal girls from Assam to Punjab and Gujarat to ‘Hinduise’ them. And how it leaves their parents forlorn.

On June 7, 2015, two days before Babita left for Gujarat, her native Kokrajhar district, in Assam, saw the second showers of the monsoon. It did two things: it accentua­ted the breathtaking expanse of greenery in her village and forced the khangkrai alari out of their flooded holes in the three bighas of paddy field and farmland her fat­her Theba Basumatary owns, next to their small mud house, in Bamungangaon Bhatipara village.

Six-year-old Babita was always fascinated by these burgundy-coloured, eight-legged crabs. Each monsoon, she would spend hours catching  them, putting them in a bamboo basket covered with her mother’s worn dokhana. That evening, Babita demanded khangkrai...