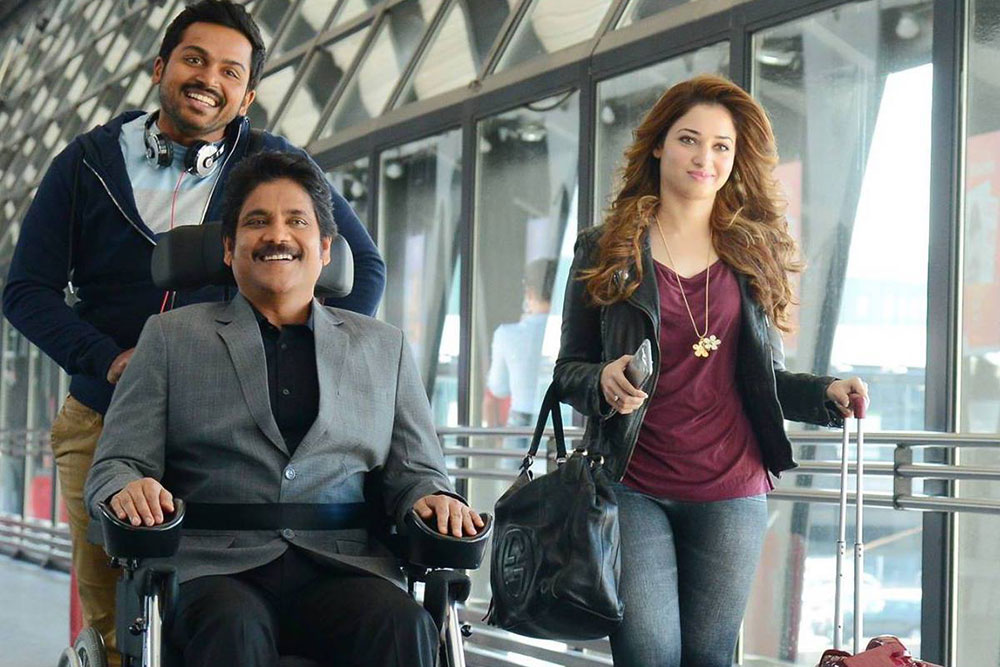 Oopiri is quite literally a breath of fresh air in Telugu cinema. Most viewers have not watched the French original The Intouchables, but the adaptation is as light as a freshly-baked croissant. The bond between an ebullient pickpocket on parole, Sreenu (Karthi), and a wheelchair-bound aristocrat, Vikramaditya (Nagarjuna), has the right emotional quotient. While Sreenu wants money and power, Nagarjuna craves good living. Sreenu does not pity his boss but sees him as a ticket to building a clean image. Vikramaditya is bored of dumb att­enders, picks the quirky Sreenu who understands what a quadriplegic wants most—to be treated normally. Nagarjuna plays his role with amazing grace and Karthi’s eyes sparkle with mischief each time he thinks up a new way to cheer up his boss. The film drags after most of...