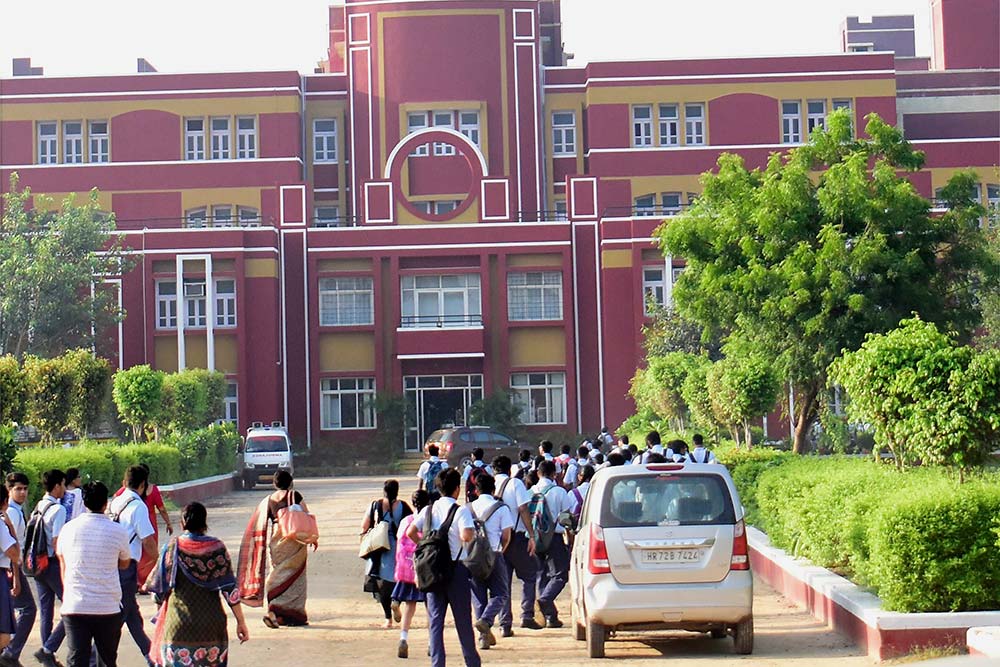 Hard Lesson
Ryan International School in Gurgaon, which is in the eye of a storm
Photograph by PTI
Zia Haq September 28, 2017 00:00 IST Only-For-Profit Schools

In India, where nearly 260 million children go to school, the highest globally, private schools can’t be for-profit business under the law. They must be run by not-for-profit trusts and societies, essentially as charities. So, it can be surprising that so many people want to be in the business of basic schooling. The demand for private schooling cuts across the income ladder. Here’s some data to begin with: nearly 50 per cent of urban students are in private schools, as are a fifth of rural students. The craze is such that enrolment in government schools fell by 13 million between 2010-11 and 2015-16. In contrast, admissions into private schools rose by 17 million in the same period.

Despite this aspirational demand, parents often cry foul over the ways of private schools. They allege the business models of private schools are shady. In four states—Uttar Pradesh, Delhi, Andhra Pradesh and Karnataka—disputes over exorbitant fees have reached high courts. Ashish Nar­edi, a representative of the Hyderabad Parents’ Association, reckons that...