One Year Ago, India Killed Mainstream Politics In Kashmir, And Nothing Else

And Article 370 was actually reborn—as another “betrayal”, a collective humiliation that kindles separatism further. Only uncertainty has domicile in Kashmir now, writes economist Haseeb A. Drabu 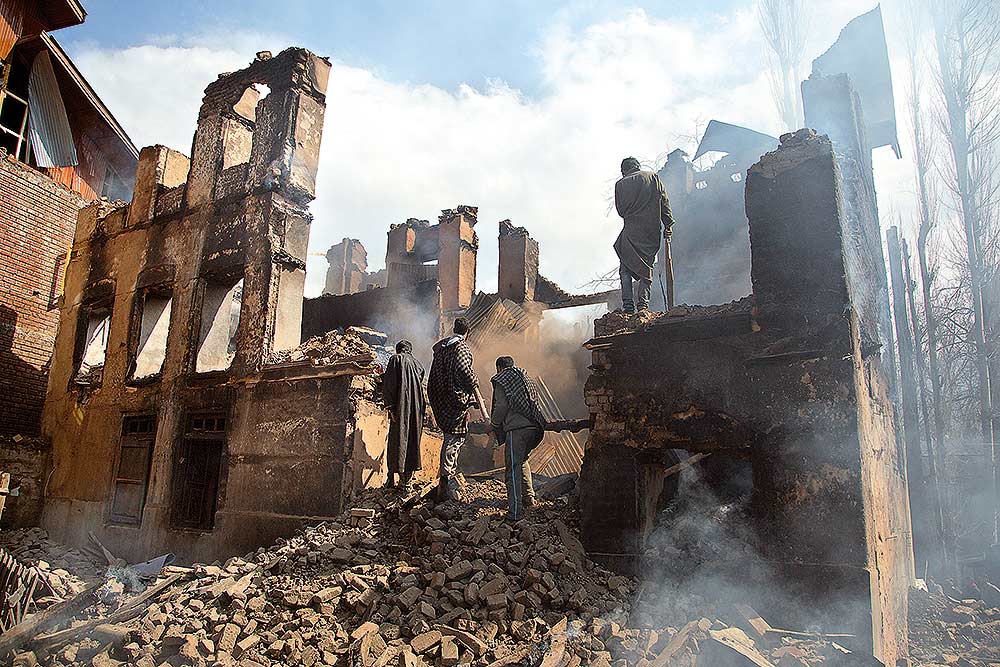 Rubble-rousers
Villagers inspect a house destroyed during a gunfight between security forces and militants in Pulwama
Photograph by Danish Javaid
Haseeb A. Drabu July 23, 2020 00:00 IST One Year Ago, India Killed Mainstream Politics In Kashmir, And Nothing Else

Circa 2014. Halfway through election campaigning, it occurred to me that the issues of azaadi, autonomy and Article 370 were never raised in any of the meetings, anywhere. Not once was it asked of me where I stood on these.  Even in private conversations with people—farmers, shopkeepers, traders, and agricultural labourers—the National Conference’s demand for ‘autonomy’ or the PDP’s concept of ‘self-rule’ were never mentioned, even in passing.

The reason for this, it turned out, was simple: people didn’t see these mainstream parties as having any role in the resolution of the Kashmir issue. These parties were only about governance and, in the words of John Lewis, the civil rights pioneer, about “good trouble”. Nothing more. Nothing less either!  Coexisting with this was the palpable separatist sentiment that one could sense and see.  The families of militants—dead or alive—were res­pected. They were invariably seen as the “village elders” who exercise influence that...

More from Haseeb A. Drabu