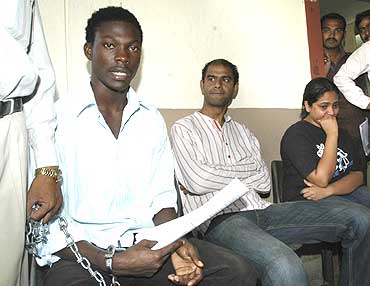 In recession-hit Hyderabad, people are clutching at whatever promises to stay above water. The desperation is such that even that new-age con—money/jobs promised via e-mails and cellphones—is doing brisk business. In fact, the swindle has had so many victims that the city police launched an awareness campaign to warn people against being "frauded". In the last year, there have been 10-odd cases (42 since '06) which have made the headlines but authorities say there are many more and victims have not gone to the police.

Typically, either news of a job opportunity or a cash prize won in a lottery is conveyed via e-mail or mobile. The selection of targets is random,...