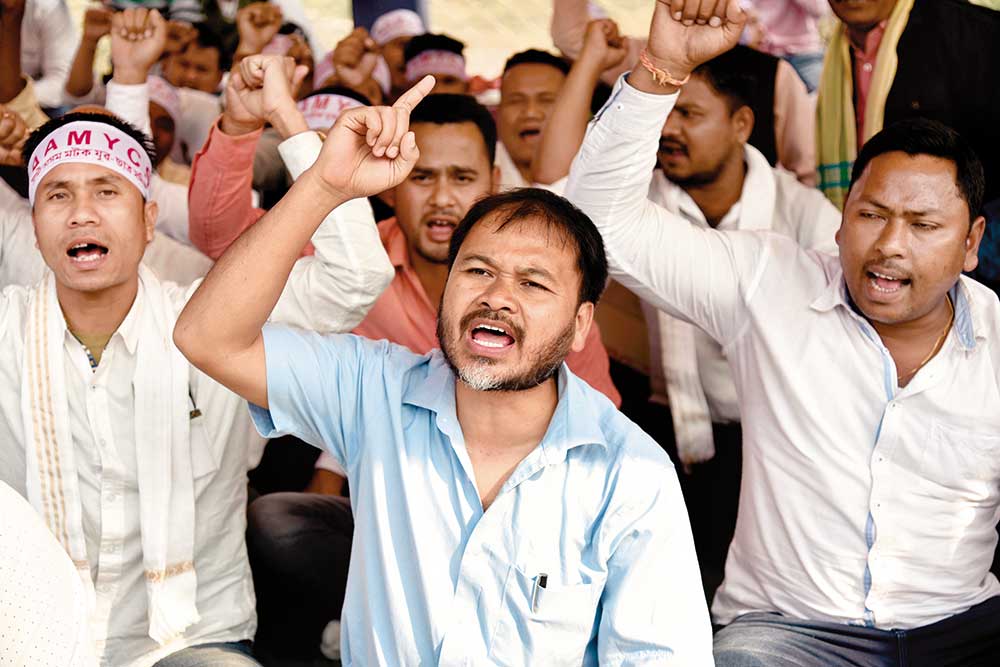 It’s election season in Assam and the phrase ‘party time’ has acquired new meaning in the Northeast state going to the polls by April-May next year. Weeks after a new political party was floated by AASU, jailed peasant leader and anti-corruption activist Akhil Gogoi has also floated a regional political party named Raijor Dal or the People’s Party.

The party floated by Gogoi-led Krishak Mukti Sangram Samiti is the second new political outfit in Assam after Assam Jatiya Parishad (AJP) was formed. In the past one year or so, Assam has seen the birth of two other regional parties—Anchalik Gana Morcha (AGM) formed by journalist-turned-Rajya Sabha MP Ajit Kumar Bhuyan and the Asom Gana Mancha. The state also has the Liberal Democratic Party (LDP) of Prodyut Bora, a former BJP member who had founded the party’s IT cell.

The irony of the story is not lost on anybody—all these parties are hoping to bank on voters’ resentment against the Citizenship Amendment Act (CAA). The passage of the bill had seen violent protests in Assam...