...I wake up in a new century blinking at bright arclights. Now the writer is a financial bet, nice author photo and all. 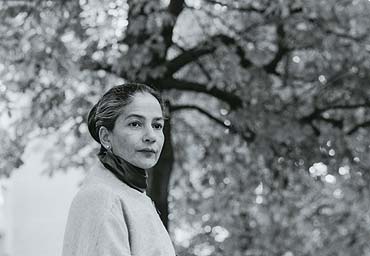 outlookindia.com
-0001-11-30T00:00:00+05:53
All the books I wrote, and had published—in the '60s, '70s and even in the '80s—came out in India after their publication in England and the US without benefit of publicity, book tours, readings or any of those events that in the '90s seem to have become de rigueur in the publishing world.

To me the book was always a kind of secret that I had—and very few even knew I had one. I wrote in secrecy and the books were published in a state as close to secrecy as print can get.

But I seem to have fallen into a Rip van Winkle sleep at some point. Now, in the new century, I wake up and blink at the bright lights that glare down at a stage on which stands that frightened creature—the writer—pulled out of the burrow and revealed in the full glare of publicity, trying desperately to retain a few rags of decency in this harsh spotlight.

During the years when no one knew, or cared, what I was writing, or getting published, I drew strength and solace from such fellow writers and their words as: