One Head is Better Than Two 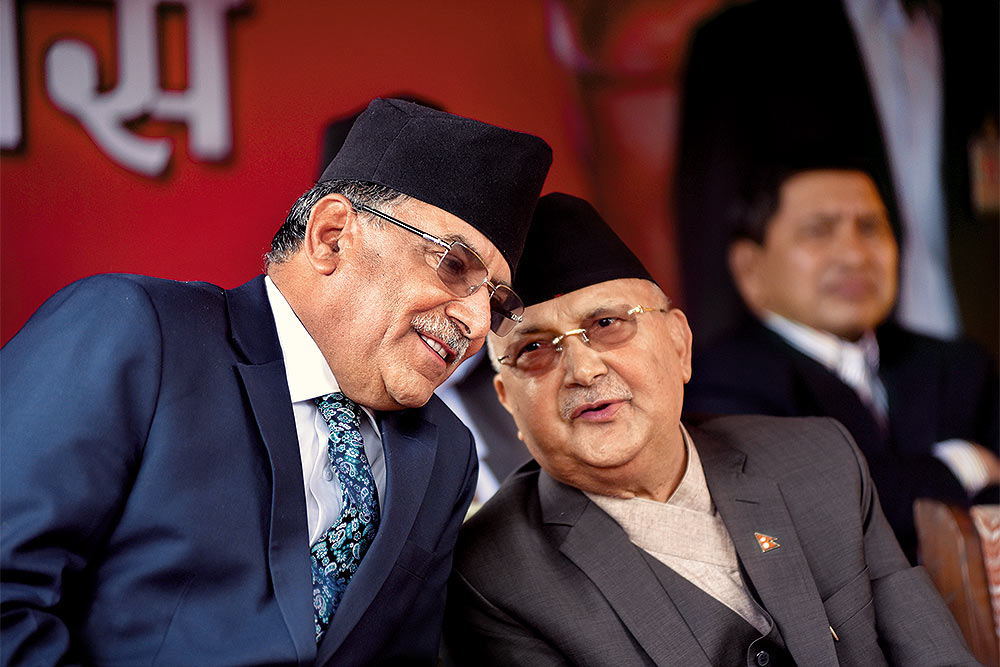 Two Communists
Prachanda and K.P. Sharma Oli in Kathmandu
Photograph by Getty Images
Pranay Sharma May 25, 2018 00:00 IST One Head is Better Than Two

Communists of Nepal have traditionally maintained close relations with Indian politici­ans, that often extended bey­ond the Left parties. From the time Pushpa Lal Shreshta and his comrades launched their political outfit in September 1949 in Calcutta, Nepalese communists have looked at Indian parties for inspiration. Some, like Manmohan Adhikari, Nepal’s first elected communist prime minister, was even arrested during the Quit India movement as a student in Varanasi.

However, when the two big communist parties of Nepal came together to merge into one political outfit last week, they certainly appear to be exemplars for the Indian Left, which continues to exist—and struggle—as several fractious communist organisations. But the merger decision also had enough for policy planners in South Block to mull over and assess its import.