One For The Unknown Soldier

B.G. Verghese's band of eight launches an appeal to aid the kin of soldiers who die in peace time 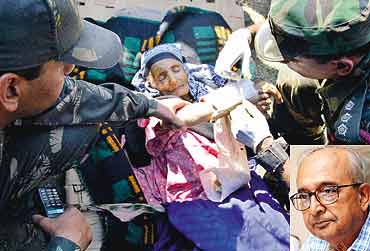 When soldiers die on the battlefield, the nation grieves and special relief funds are set up, memorials are built, and donations flood in for the shaheed jawan. But what about those soldiers who sacrifice their lives in peacetime, as they plunge into rescue and relief operations when natural disasters strike? Following the October earthquake in Jammu & Kashmir, the Indian army and air force brought succour and hope to the devastated state with the speed and efficiency of their search-and-rescue missions. When the tsunami struck in December 2004, it was the Indian navy which shouldered the burden of rescue and relief operations, not just in India but also in Sri Lanka.