Once Upon A Scream In Muzaffarnagar 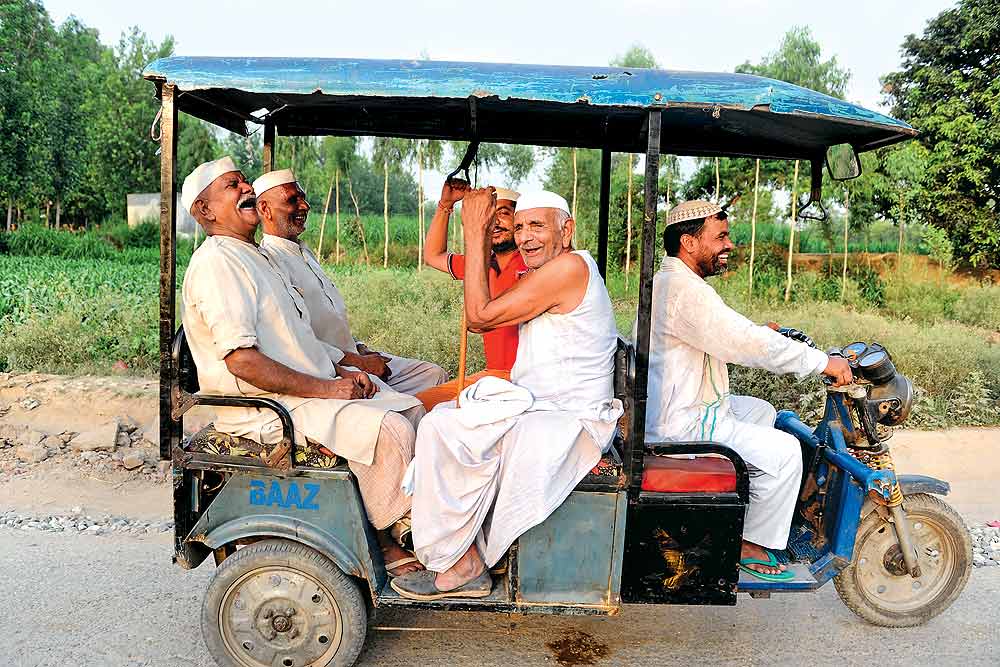 Merry
For all the tension, inter-faith amity exists on ground
Photograph by Tribhuvan Tiwari
Pragya Singh July 06, 2017 00:00 IST Once Upon A Scream In Muzaffarnagar

On a sultry June afternoon, Tara Singh crossed the Ganga-Yam­una doab, from Moradabad in Uttar Pradesh down to New Delhi’s Jantar Mantar. He was joining thousands of other protesters, demanding justice for the Dalits of Shabbirpur in Saharanpur, whose homes were burned after clashes with local Rajputs in May. “The Yogi government has emboldened UP’s Thakurs,” says Tara. “They want to suppress us Dalits but we are unafraid.”

The spectacular electoral victory of the BJP in the northern state may signal a decline in Mayawati’s party, the BSP. It may also suggest a vacuum in Dalit politics—one that a leader such as Chandra­shekhar Azad, Bhim Sena’s founder, might try to fill. Yet, many Dalits of western UP—for the flame from Shabbirpur has now spread across the entire region—want to prove just the converse is true. “We support Chandra­she­khar and his Bhim Sena but only as a social movement. Mayawati remains our unequivocal political choice,” says Lokendra from...