Once Upon A Demolition

The millennials exist in a state of happy unmemory, but what has it really wrought? 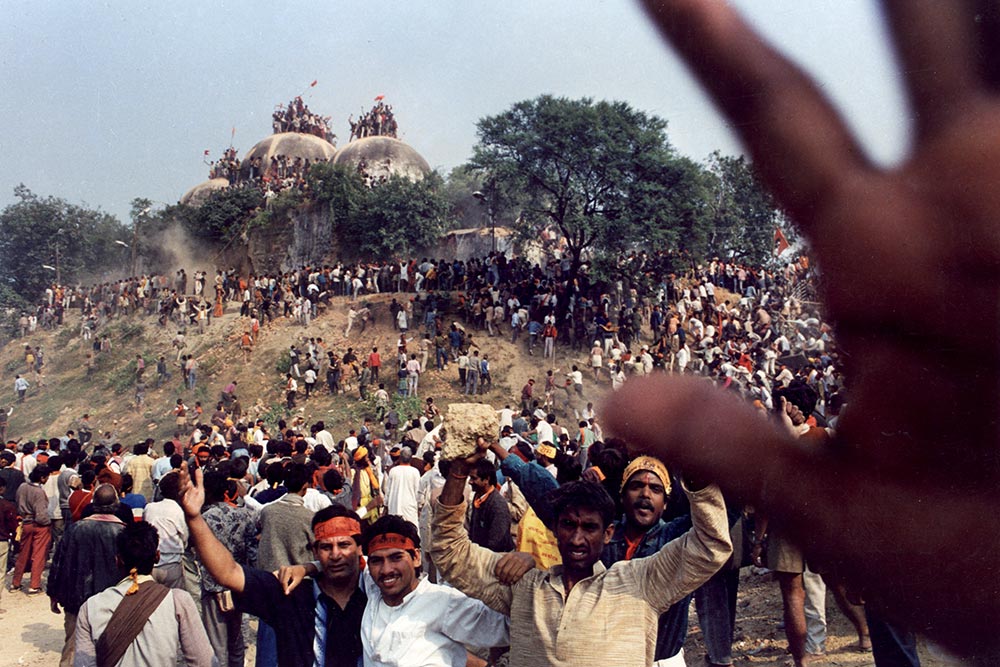 On December 6, 1992, Babri Masjid was smashed into the earth. ‘Commemoration’—the making of memory—has been an annual ritual thereafter. Media images recall the spectacle of unruly kar sevaks clambering atop the mosque’s domes. The keyword that accompanies the images: demolition. For a modern cataclysmic event, with its own set of mnemonic props, there should really be no room for doubt as to what happened in Ayodhya.

But how much does it really resonate in the collective consciousness of the younger generation? The media images and words seek to make that event tangible once again, to create a fresh bookmark in collective memory.

Yet, it’s a hazy message that reaches those born in the 1990s and after. Many in the post-Babri...