‘On Health, We Ought To Be Role Models’

Manipur CM Okram Ibobi Singh talks about his fight against anti-incumbency after 15 years of rule and the ­efforts of the BJP to win the state. 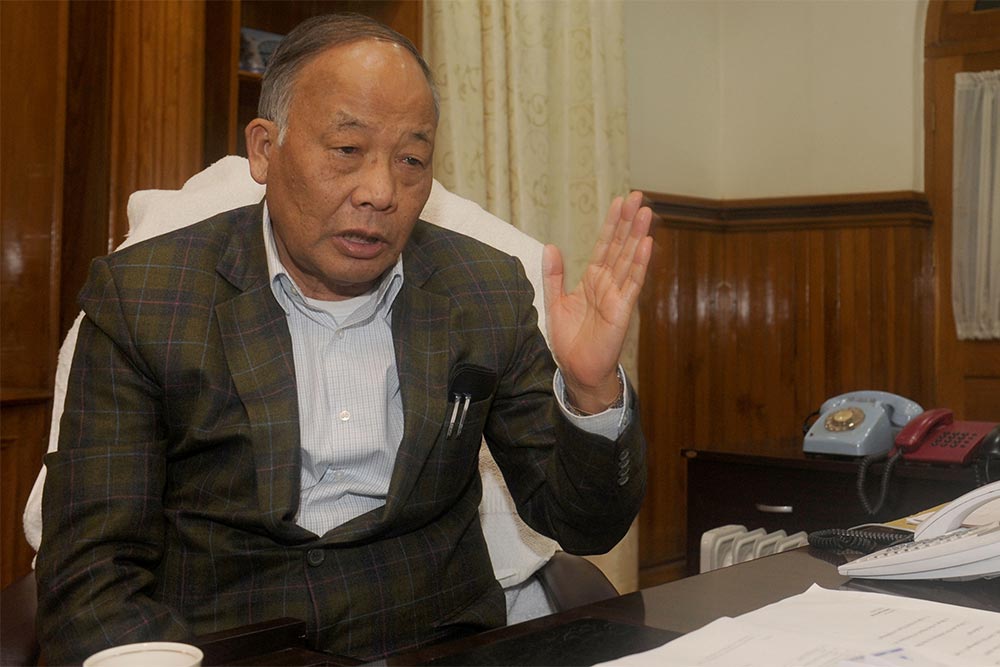 Photograph by Sandipan Chatterjee
Anoo Bhuyan February 09, 2017 00:00 IST ‘On Health, We Ought To Be Role Models’

The three-month-long Manipur blockade was ­scheduled to end this week but the United Naga Council, which has been enforcing it, refused. With this tension, Manipur goes to elections in March. Manipur Chief Minister Okram Ibobi Singh speaks to Anoo Bhuyan in Imphal about his fight against anti-incumbency after 15 years of his rule and the ­efforts of the BJP to win the state.

You have been the Chief Minister for three consecutive terms, 15 years. Why are you contesting for a fourth time?

There are lots of projects to complete. But whether or not I am the next Chief Minister, our honourable MLAs will decide.

In these 15 years, what would you say were the biggest achievements of your government?

In the health sector, in infant mortality rate, we have been doing very well. We got a cash award from the central government for the last three consecutive years because of this. We invest not less than four per cent of our state GDP in the health sector, whereas at the national...