Oh, For The Return Of The Clown Prince

Give us the Rushdie who is louche, open to enthusiasm, strange yet intimate, who could be himself rather than one burdened to produce a major work 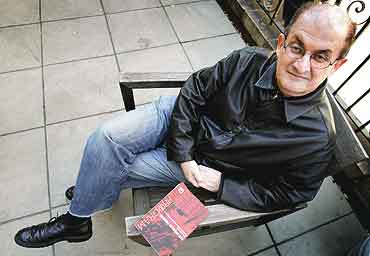 outlookindia.com
-0001-11-30T00:00:00+05:53
Just as there are two creation myths in the Old Testament—the first to do with the making of the universe, the second with the creation of the human race—there are two parables about the foundations of Indian writing in English. They move in a direction opposite to the one in Genesis. First, there’s the story of temptation, deflowering, exile, retold in the metaphors of colonialism; the creation of Macaulay’s bastard children is the equivalent of Adam’s exit from Eden. The triumphal moment, the counterpart to the seven days of creation, comes more than a century later and can be dated to 1981, when Midnight’s Children was published and, more importantly, won the endorsement of the Booker Prize. Both award and awardee were thrown into the firmament like angels we have been contemplating, agog, ever since. Then, inevitably, the other planets, stars, and constellations began to appear.

This is how the parable of Indian writing in English runs for most Anglophone Indians, from the academic teaching English in San Jose to the journalist in Delhi. No argument, no...