The NRC was meant to end all doubt over who is a citizen and who’s not in the state. But, as the date of the final draft nears, there’s more fear than clarity. 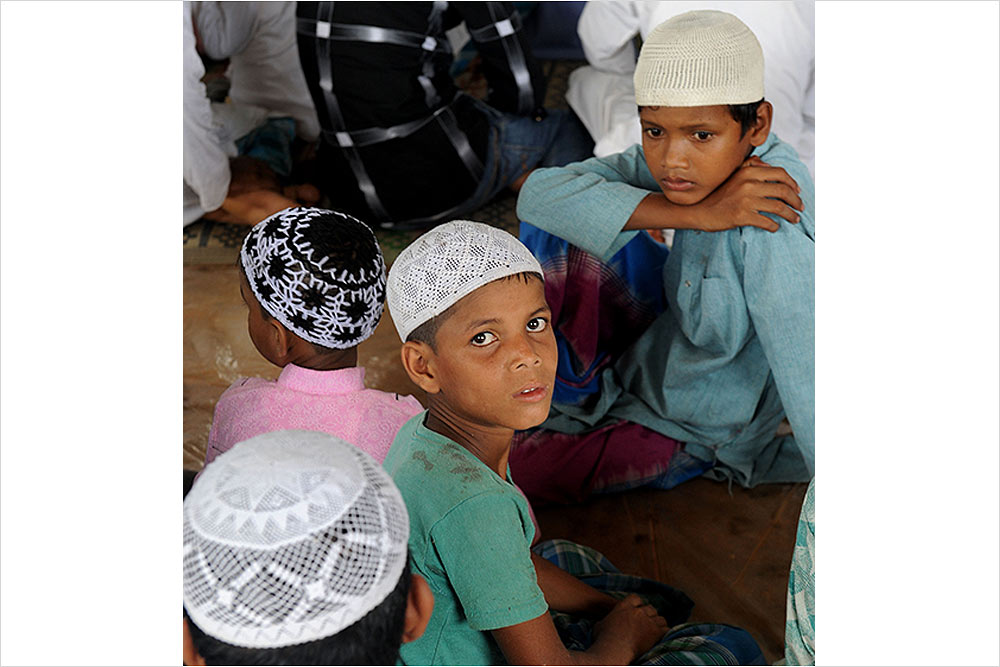 A Wounded ­History
Inside a mosque in a village near Nellie on a Friday
Photograph by Sandipan Chatterjee
Anupam Bordoloi, Abdul Gani July 26, 2018 00:00 IST NRC Update: Assam Grapples With Fear, Confusion and Hope

Right after a spread of freshly dug ginger laid out to dry under a blazing July sun, the car eases ginge­rly past an elephant feasting on banana leaves off a roadside tree. It’s not a wild one, it belongs to someone. Savour the various shades of meaning the word ‘belong’ carries: animals belong to people, people bel­ong to places. ‘Who belongs here?’ is a question that knives through Assam’s collective being right now, just like this newly macadamised four-lane highway cuts through its physical geography. Even in this remoteness, this picture-postcard Assam, we are not far from a place that would ring a bell across India. A deep, ominous ring. Nellie....

Millennials who have not heard the name may soon be familiarised with what has been called the “worst pogrom since World War II”. Here, though, there are no overt signs of being close to the site of one of history’s flashpoints, and no trace of the...