NRC: Bangladeshi Hindus, Muslims Staying Illegally In Assam Post-1971 Will Have To Go

Who is a citizen? Assam will ­unveil its verdict on June 30. 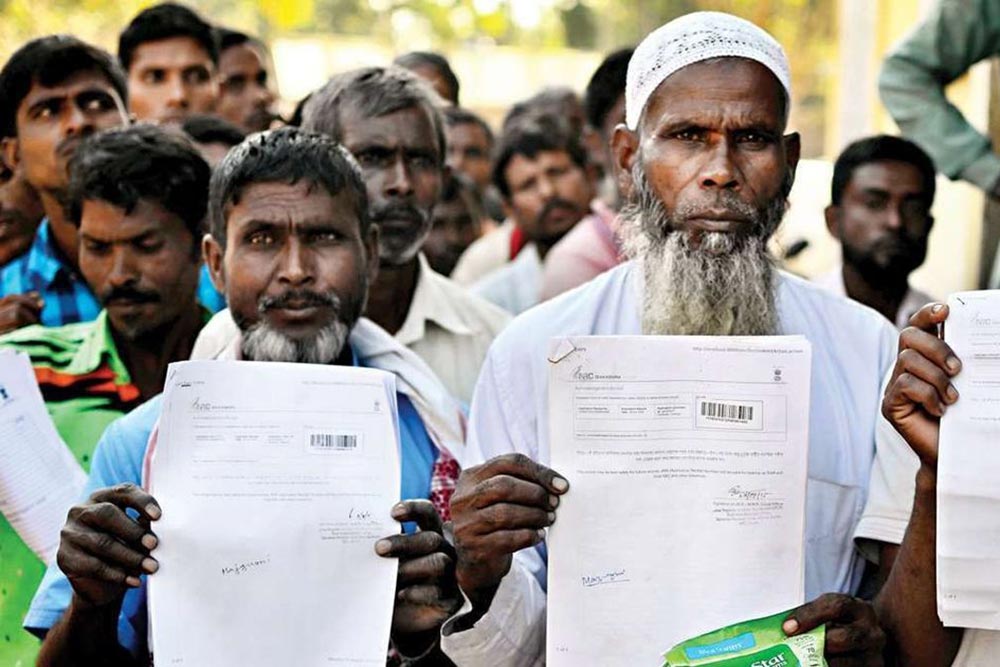 We’re All Right
Those included in the draft got receipts on checking
Photograph by PTI
Abdul Gani June 20, 2018 00:00 IST NRC: Bangladeshi Hindus, Muslims Staying Illegally In Assam Post-1971 Will Have To Go

For whom does the bell toll on June 30? The upcoming publication of the final draft of Assam’s National Register of Citizens (NRC), following a first draft that was published on December 31 last year, has engendered an air of nervous anticipation in the state, with the state government making massive security preparations to combat any disturbance—some 150 paramilitary companies have already been put on alert. Assam has seen a prolonged battle against ‘illegal immigration’, with many political and students’ movements emerging from the struggle. The people’s feelings are mixed; all hope that an accurate NRC will draw a line under years of conflict and harassment, allow those of Bengali origin—of all castes and creeds—to live with dignity, and provide a permanent solution for the state. But some worry about genuine Indian citizens being excluded, while others are more complacent, putting their faith in the system.