“He had this dream of building the best company in the world so everything he did had to be top class,” says ­former colleague T.V. Mohandas Pai. 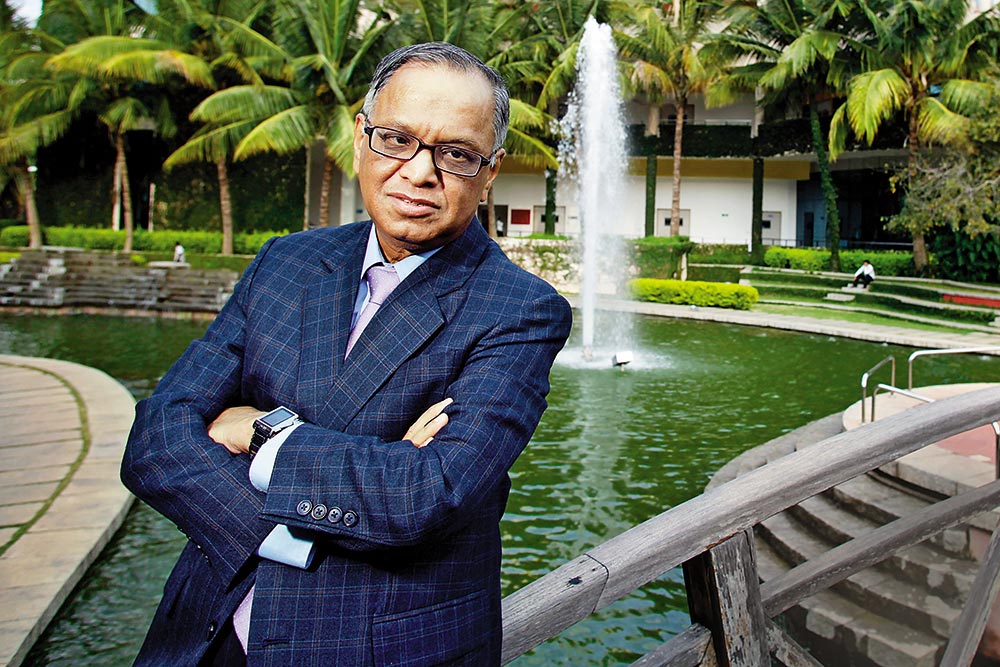 There’s an interesting duality that attends cusp figures. Do they belong to the coming world, the one which their own arrival heralds and brings forth? Or do they carry continuities, seeds of the past, within them? Nagavara Ramarao Narayana Murthy—the iconic 70-year-old who gently declared his willingness to be President of India if everyone agreed, around the time of his retirement from the company he founded—is one of those of whom this and many other questions can be asked. And have been asked. But only certain people set themselves up to such aspirational standards that such questions even arise. India’s emergence as an IT giant in the 1990s, albeit more as a services outpost than as knowledge hub, was something that changed the very nature of its presence in the world. As if it had leapfrogged straight from the Third World to a post-industrial one. Across the Big Pond, an IIT grad popped up in Dilbert. Back home,...