Now What? Hug it Out

TMC MP-turned-BJP leader Anupam Hazra dared to make fun of coronavirus till the unforgiving virus caught up him. Will he keep his promise of hugging Mamata Banerjee? 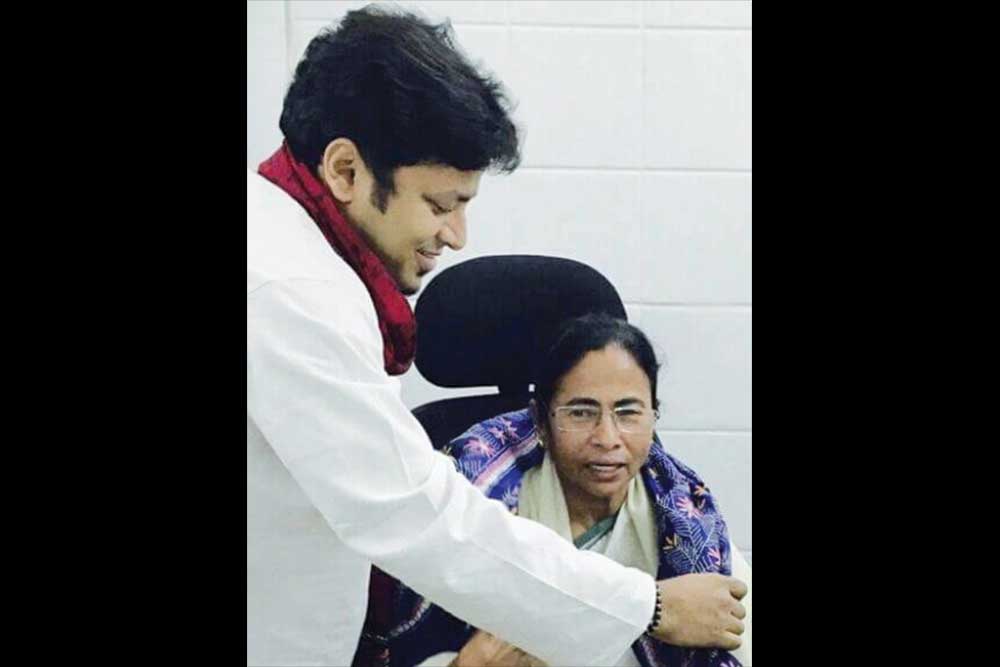 Times have been a mix of good and bad for Anupam Hazra. The former Trinamool Congress (TMC) MP got a ‘prize appointment’ on September 26, when BJP national president J.P. Nadda named him one of the national secretaries. Coming about a year-and-a-half since he joined the BJP, he left a number of BJP veterans behind to bag a national designation. This was despite losing the 2019 Lok Sabha elections contesting on a BJP ticket.

What’s more, he replaced Rahul Sinha, a Bengal BJP veteran who had served as the state unit president twice—between 2008 and 2015. An irked Sinha said he would reveal his plans soon because the BJP threw him out to make way for a TMC turncoat. The very next day, a buoyed Hazra went to Baruipur to address a BJP gathering. He faced protests from a section of BJP supporters who feared the likes of Hazra were grabbing the space of BJP old-timers.

But a bigger controversy was waiting. At the venue, when journalists asked Hazra, who was an assistant professor at Visva Bharati University, why a number of BJP supporters at the...