The troubled tale of my many frustrations with what everyone loves 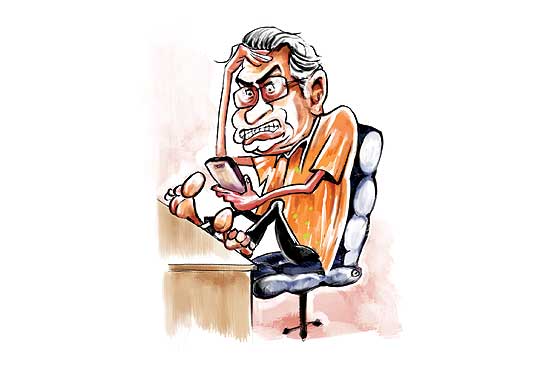 In its 19 years of existence, the mobile phone has given me endless trouble. I came to the gadget late hoping I could avoid it. But alas, it soon became both ubiquitous and indispensable. And although I carry it even to the loo, its operation and functioning remain a mystery to me.

Mysteries should not be solved, they should be allowed to fester and acquire added mystery. This was the theory on which the great Alfred Hitchcock made films. On October 18, I read an advertisement for the latest version of Blackberry (a primitive version of which I own) that possesses the following ‘mysterious’ features.

Gobbledygook? I am sure some folk out there will be salivating at the prospect of purchasing such a technological wonder. For me, a 5” LCD display is no incentive to bin my...