Not Quite A Mandela Moment 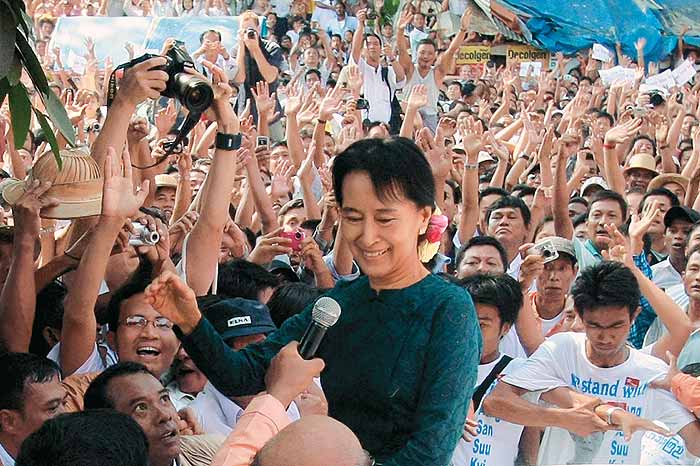 Myanmar’s pro-democracy leader, Aung San Suu Kyi, is free again; the strength of her support undiminished by the long spell of her detention. More than 40,000 people came out on the streets last weekend to get a glimpse of the 65-year-old Nobel peace prize laureate. The excitement and euphoria was intoxicating, diplomats at the gate of her home last Saturday told Outlook. The response of Mae, a 17-year-old university student in Yangon, was typical: “I am so excited that Suu Kyi is free. She has been under house arrest for most of my life, now we hope things are going to change here.” Several jubilant students even rated her release as the most exciting moment in their lives.

Comparisons can be odious, but observers noted that the crowds that flocked the National League for Democracy building to greet Suu Kyi were greater than those who turned up to celebrate her earlier release, on May 6, 2002. A significant proportion of those on the streets this time were young people who were barely aware of her existence in...