Not In His Hair: The Scandal-hopping Trump Is In A Deeper Soup

Donald Trump’s many detract­ors are now putting together their energy and resources, busy collecting evidence that could successfully carry through an impeachment motion in the Senate and unseat him. 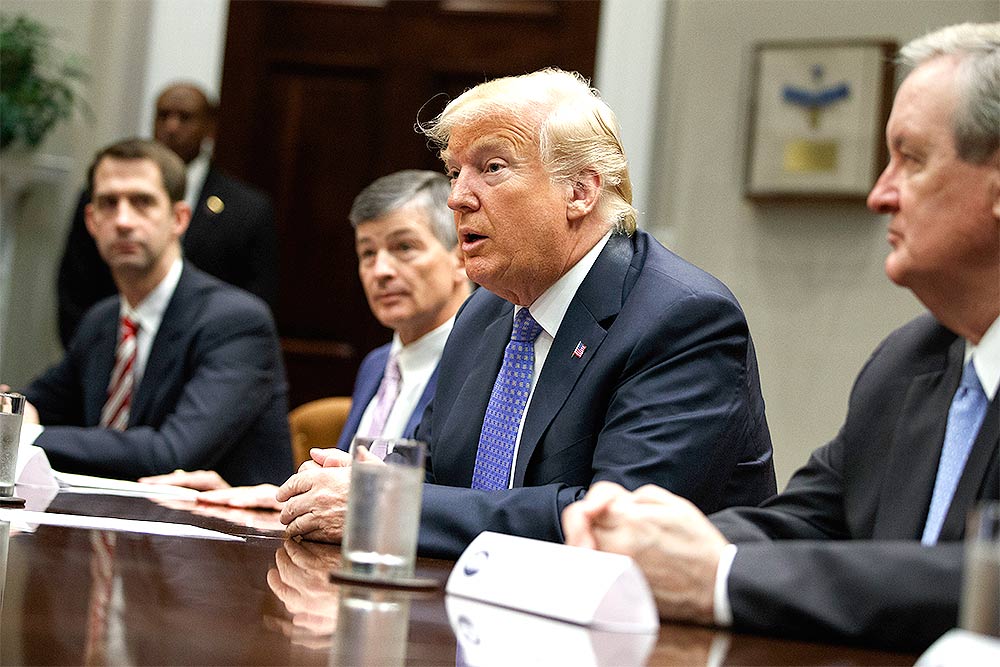 Two of Donald Trump’s associates are in the dock for wrongdoing
Photograph by AP
Pranay Sharma August 30, 2018 00:00 IST Not In His Hair: The Scandal-hopping Trump Is In A Deeper Soup

If the collective wishes of “liberal” America came true, the 45th Presid­ent of the United Sta­tes, Donald Trump, would long have left the Oval Office in disgrace. Instead, it is Trump who has in the past two years mocked and outraged the sensitivities of the Washington establishment with impunity and shook its very structure. The set of norms and work ethics he has introduced and the set of policies—economic and political—he has tried to pursue have sharply polarised the cou­ntry and left the US almost friendless.

Much of the apprehension about Trump stems from his attempt to norm­alise relations with America’s traditional ‘cold war’ adversary Russia, heightened by the alleged connections, now under scru­tiny, between Trump’s presidential campaign and Moscow. But his critics believe it has gone far beyond that, as the real estate tycoon-turned-politician threatens the values and principles che­­ri­­shed in America, as exemplified in impolitic behaviour practically every...