Not Another Tokyo Story 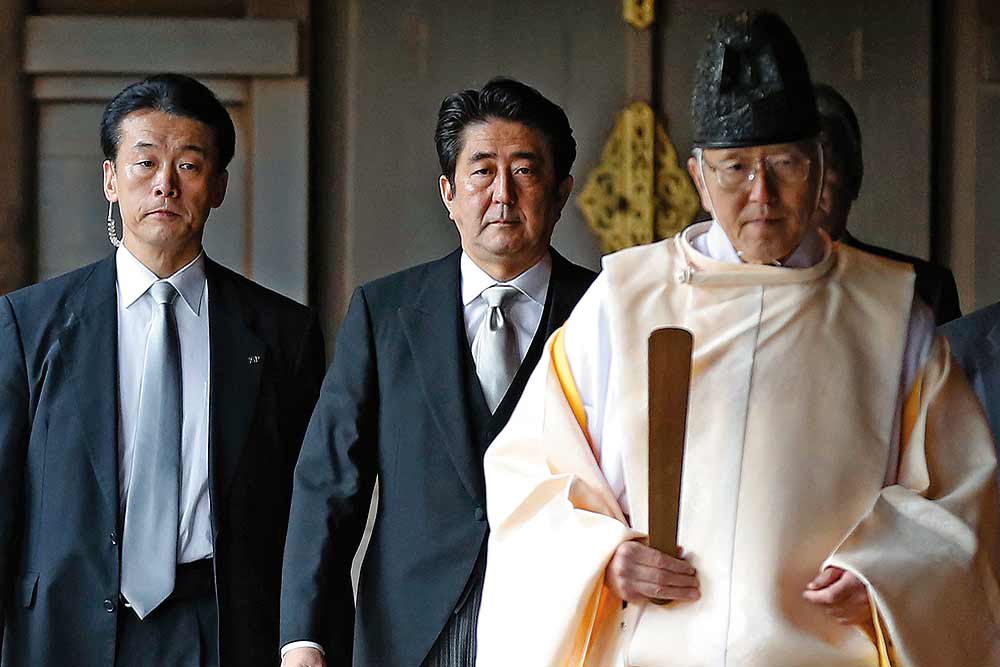 His popularity among a majority of people back home as well as some admirers in other countries notwithstanding, Japan’s right-wing, nationalist prime minister Shinzo Abe has managed to antagonise sections at home, neighbours like China and South Korea, and ally US since his re-election in December 2012.

No apologist for his country’s role during World War II, Abe has taken a series of steps to restore ‘Japan’s pride’, arguing that 70 years after the conflict, Japan has the right to act as a ‘normal’ nation. He has bolstered his view with a visit on December 26 to the Yasukuni shrine, which hosts deified souls of military personnel killed in action, along with those of 14 Japanese Class A war criminals; declared the ‘Restoration of Sove­re­ignty Day’ to mark April 28, 1952, the day when the Allied occupation after wwii ended; reinterpreted Article 9 of Japan’s post-war constitution to change its pacifist nature and brought in a highly controversial national secrecy law.