Not A Camp Charade

Did the media and the police play into a cynically polarising game in Ayodhya? 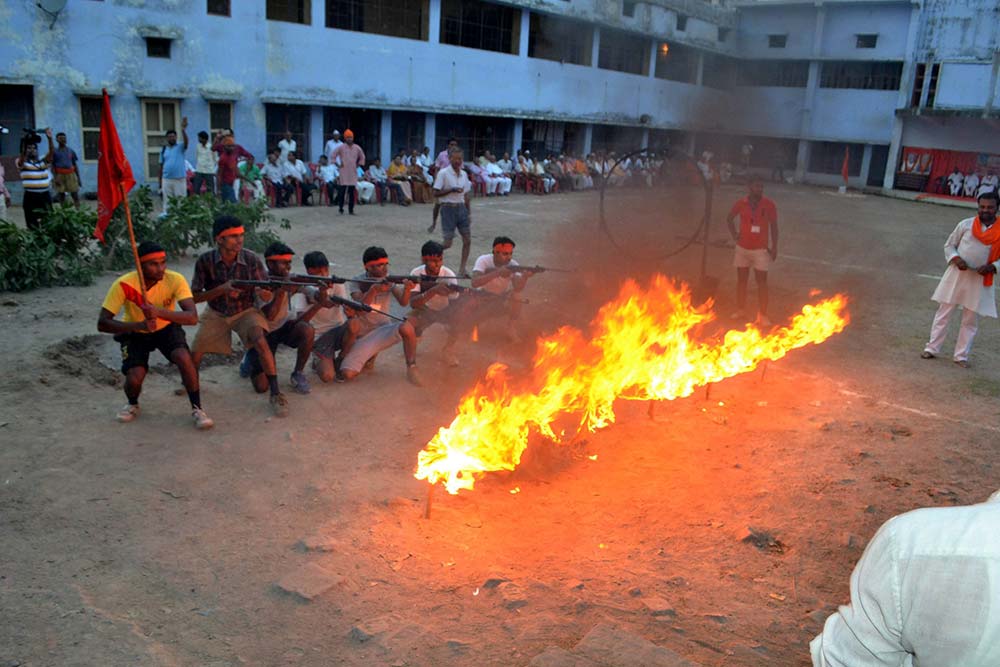 Defence Of Self
Bajrang Dal volunteers at the Ayodhya camp
Photograph by PTI
Sharat Pradhan May 27, 2016 00:00 IST Not A Camp Charade

The timing said it all. A week after the alleged Bajrang Dal “self-defence camp” conclu­ded on May 14, a video made its way to a TV channel. It showed Bajrang Dal activists being trained to shoot guns at mock-targets who were wearing skullcaps. While Governor Ram Naik stoked controversy by declaring there was nothing wrong in holding such camps, the state government stepped in and arrested a local Bajrang Dal “lea­der”, who had been largely unknown until then.

BJP leaders in the national capital brush the controversy aside. Denying that the camps were a deliberate provocation des­igned to polarise voters before the Uttar Pradesh election next year, a spokesman tells Outlook, “All they had was air guns and they meant no trouble. If this violates the law, the police will surely act.”

For the past 25 years or so, Karsewakpuram, in a corner of Ayodhya, has been hosting Sangh parivar volunteers, besides the artisans said to be building pillars and other parts of the Ram temple. Though most activities take place...