The lens has been an inseparable part of the calamity in Kerala. Some frames documenting the event. 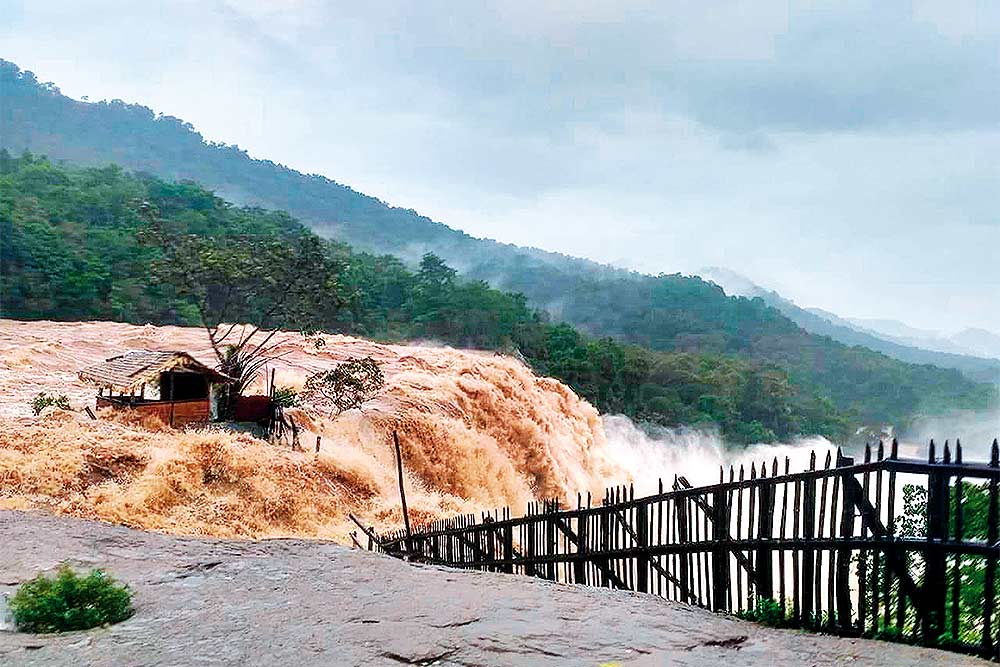 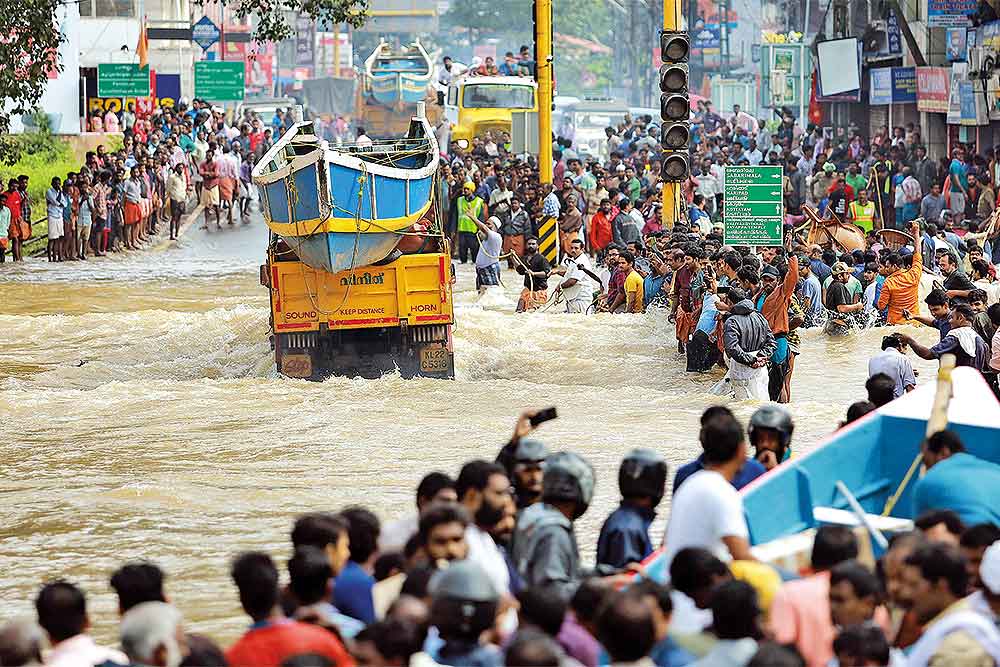 Trucks carry rescue boats in the flooded streets of Pandalam town, near Sabarimala. Due to ­sudden flooding, boats and rescue officials had to be ­dispatched on a priority basis to the town.
Photograph by Getty Images 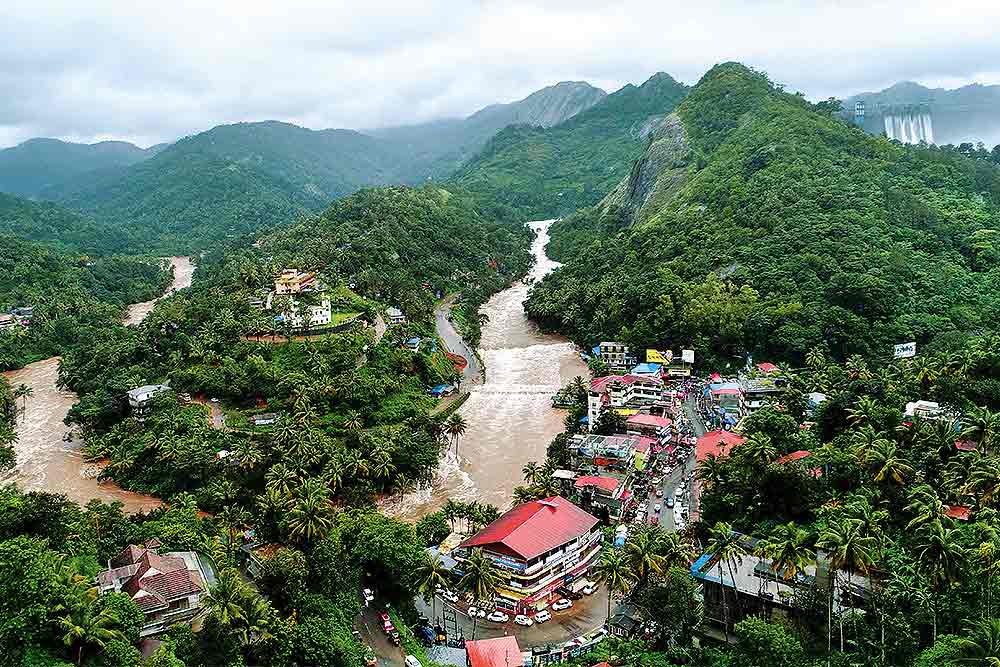 Devil’s Course
The Cheruthoni dam, from which flows this raging river, can be seen towards the top right of the picture. All its five shutters were opened for the first time since it was commissioned in 1973.
Photograph by The New Indian Express 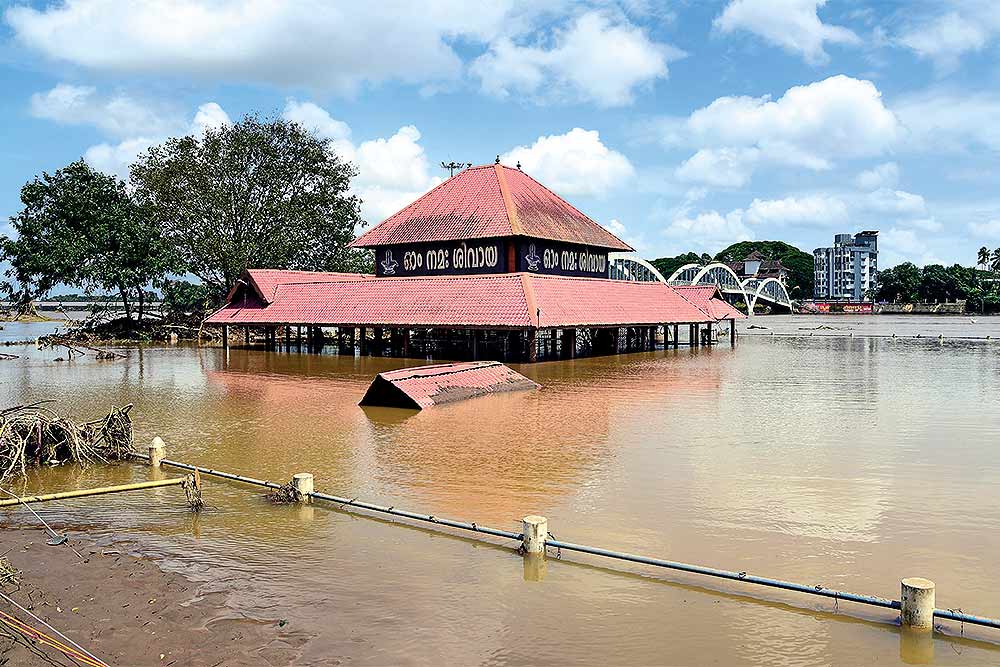 Submerged almost entirely until a few days ago, the receding water reveals the Mahadeva ­temple in Aluva, near Kochi
Photograph by The New Indian Express 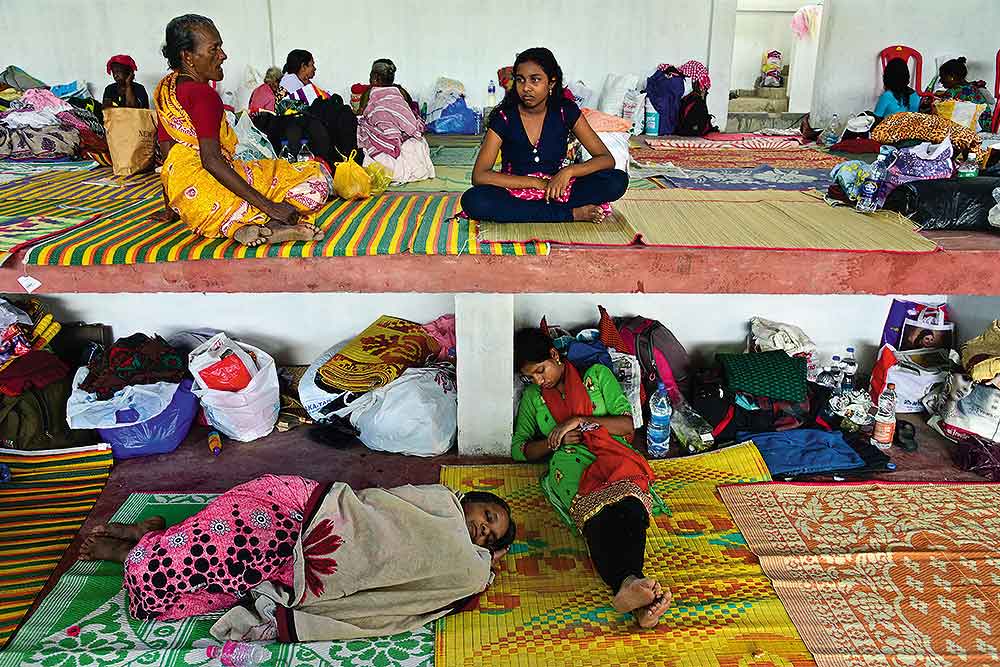 Tired & Hung
In Vaniyakkadu, Ernakulam district, a marriage hall is turned into a relief camp
Photograph by The New Indian Express 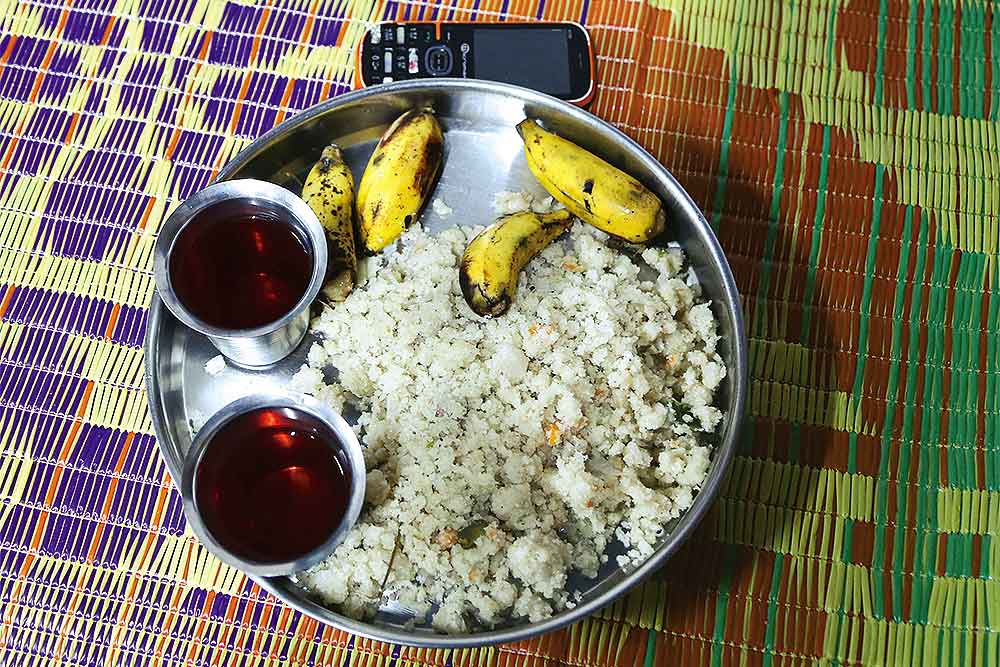 Black tea, porridge and bananas for breakfast at a relief camp in Alappuzha. Hundreds of volunteers, ­including prisoners in Thiruvananthapuram jail, have been cooking meals for survivors
Photograph by The New Indian Express 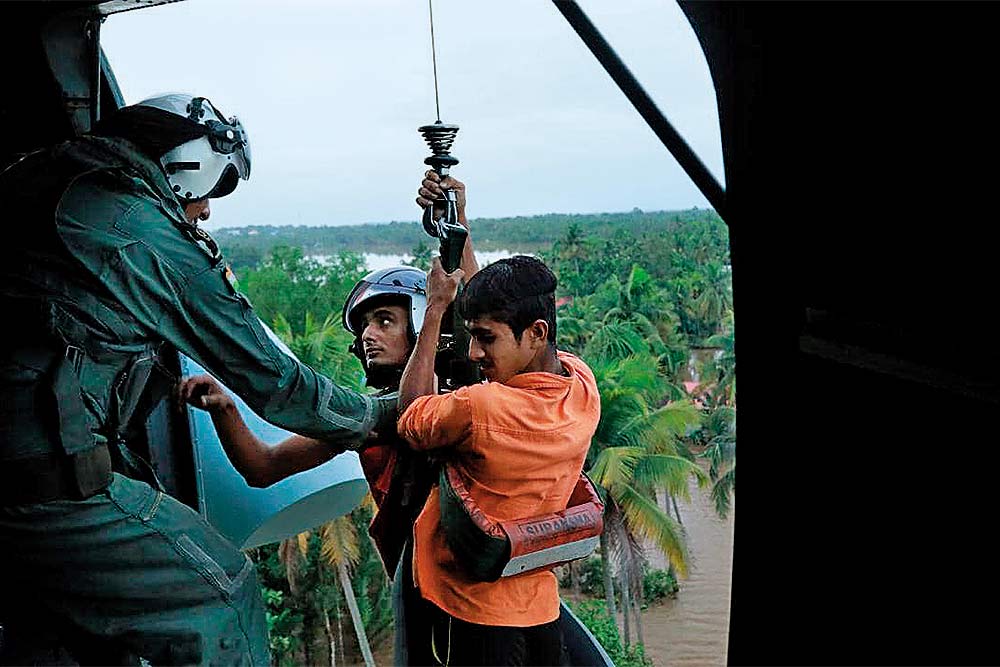 People being airlifted by navy ­personnel during a rescue operation in Paravoor near Kochi
Photograph by Getty Images
August 23, 2018 00:00 IST Noah’s Park

“Where it pricks, hurts and bleeds is in the lack of ­transparency of the central government: in its actions and, mostly, the lack of them. We, the people, are not going to ­forget this.”

‘NDMA must inform agencies about how to act.... States must build rain shelters, buy equipment, and set up a chain of c­ommand down to the panchayats.”