No Signs On Road To Hell

Two border districts of Bengal are top hubs of trafficking of girls in India. Even locals aren’t safe. 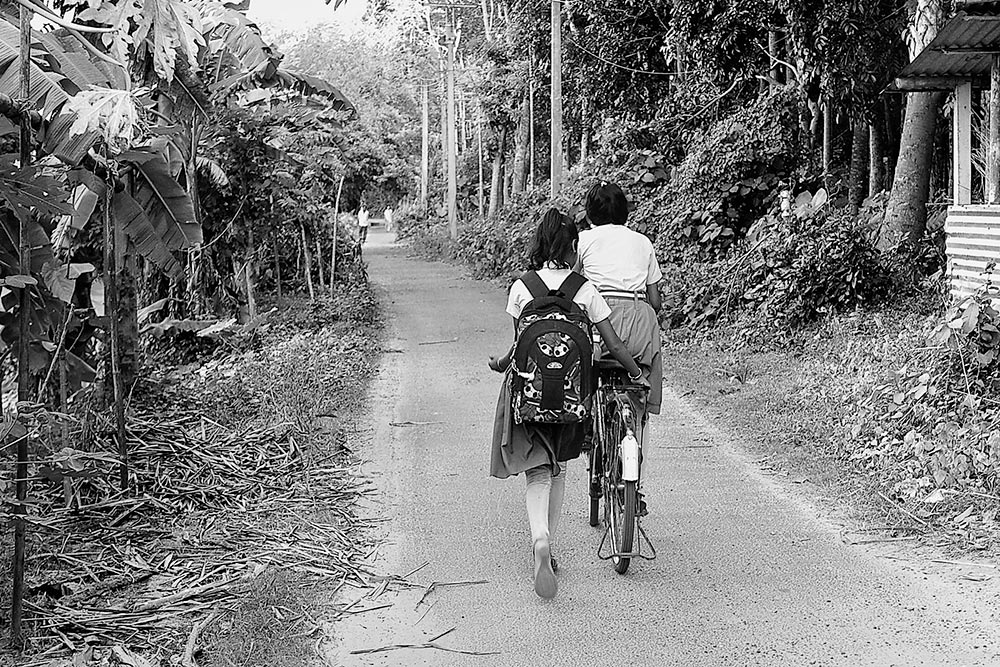 Students rush back home from school in North 24 Parganas
Photograph by Sandipan Chatterjee
Dola Mitra November 17, 2017 00:00 IST No Signs On Road To Hell

Evening is descending over Ichhamati, the river flowing serenely along the border between India and Bangladesh that cuts through North 24 Parganas district in West Bengal. Along the bank, on the winding dirt path, two schoolgirls, 16-year-old Nandita and 13-­­year-old Mita, have stepped up on their bicycles’ ped­­als. “We have to rush home before it gets dark,” says Nandita.

In North 24 Parganas, this is more than just routine--it’s a standing instruction from parents worried about their daughters’ safety. It is also part of a lesson taught in almost every school in the vicinity, a mandatory special subject—a course on “how to identify and stay away from human traffickers,” says a girl. Absent in other parts of Bengal, it is unique to  both North and South 24 Parganas districts, and points to an ups­urge of girls from villages being kidnapped.

In fact, these two districts have a grim distinction—they are the source of the most number of girls trafficked into the sex trade in India....