No Sermon Of Serenity At Arch Of Terror

Fidayeen attacks are on the rise in J&K. Many feel the Centre can be less hard in its take on militancy. 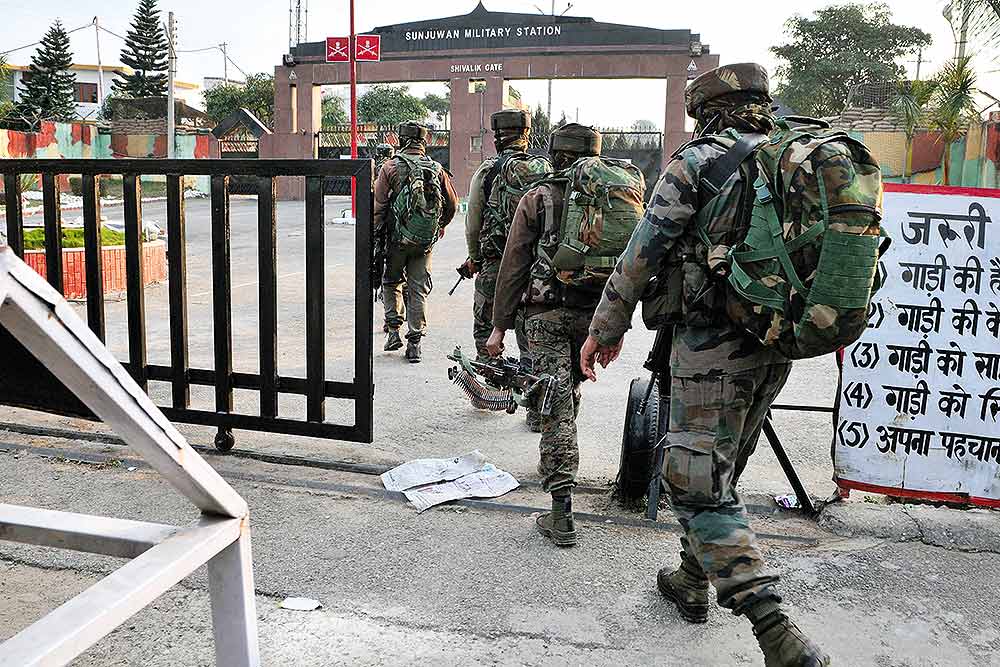 Photograph by Getty Images
Naseer Ganai February 16, 2018 00:00 IST No Sermon Of Serenity At Arch Of Terror

Not that the offensive was completely out of the blue. It was anyway public knowledge that this February 9 would mark the fifth death anniversary of Afzal Guru. The Kashmiri separatist was hanged on that day in 2013 in Delhi after the country’s highest jud­iciary upheld a verdict against the 43-year-old imp­risoned for his invol­vement in the 2001 Parliament attack. Ahead of the anniversary this time, int­elligence agencies as well as the state police had sounded a high alert about possible strikes anywhere in Jammu and Kashmir.

Then, just as the day got over technically, a pre-dawn fidayeen attack on February 10 killed six soldiers at the Sunjuwan military base close to Jammu city. In a jiffy, militants managed to show yet again that they are capable of sabotage at any spot, however fortified and alert. The raid at 36 brigade of the Jammu and Kashmir infantry around 4.45 a.m. also killed three fidayeen men and the father of a soldier, while ten others (inc­luding women and children) residing at the army camp were wounded.