No Return To Inquisition

Brown isn't exactly Nabokov. Yet, faith must trust its own resilience. 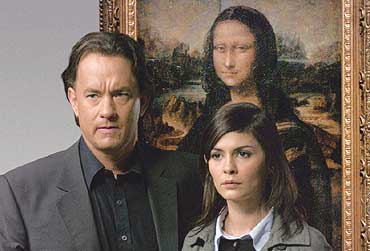 outlookindia.com
-0001-11-30T00:00:00+05:53
The spectacle on TV and in print, over the last few days, of protesters calling for a ban on the film The Da Vinci Code harks back to the days of the Black List and the horrors of the Inquisition. It is demeaning to the spirit of a religion which has withstood centuries of questioning, doubt and creative exploration.

For religious organisations to call on a secular state to step in to assuage their sensitivities reflects the fact that freedom of expression is falling prey to populist sentiments. Indeed, there are already headlines about the state pandering to minorities. And yet, larger, more serious issues affecting minorities, religious or otherwise, are constantly swept aside.

The outcry against the film is counter-productive. The protesters are falling into the trap so carefully laid by its makers: excessive publicity to generate maximum profit. The book and the film are sad examples of the current tendency among publishers and media managers to sell products that are sensational, and with more than a touch of scandal and...