No Rest Days In The Dharamsala Test

How Anurag Thakur came from nowhere, kept all happy and positioned himself for the biggest crown 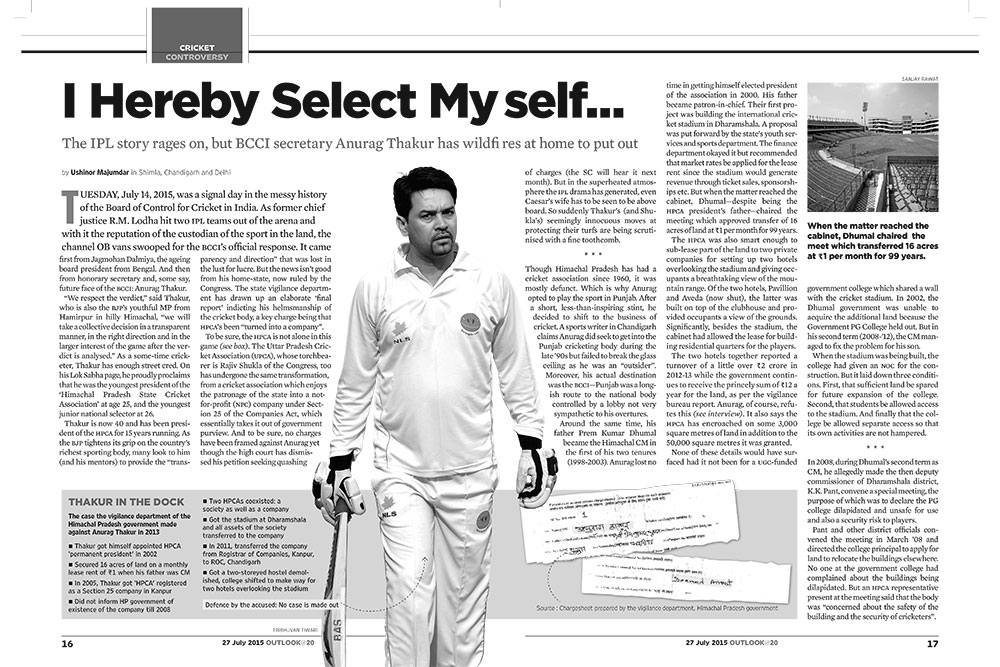 Outlook’s story on Anurag Thakur, on his brazen first-class appearance

Anurag Thakur has striven for long to be where he is now—one of the front-runners for the post of BCCI president following Shashank Man­­o­­har’s resignation. The BJP MP from Hamirpur in Himachal Pradesh has served with key people in the cricketing body as secretary and is close to Union finance minister Arun Jaitley, who is widely believed to be playing a backroom role in the ongoing legal tiff in India’s top court.

The Supreme Court will take its call on BCCI’s implementation of the Lodha committee recommendations on June 30. While many believe Thakur will be the next chief, what he does till the court’s ruling could well determine his future as a cricket administrator. With age on his side, Thakur, 41, is not openly gunning for the post, but rep­ortedly met Jaitley hours after Manohar put in his papers.

Most board functionaries were happy to see Manohar go, following their displeasure over his recommendations to the ICC, many of which had originally been proposed by his predecessor N. Srinivasan. But with the BCCI...