No Quarter For The Innocent

The 39 Indian workers were killed when ISIS had reached a peak of brutality and had no intention of negotiating, unlike earlier hostage situations 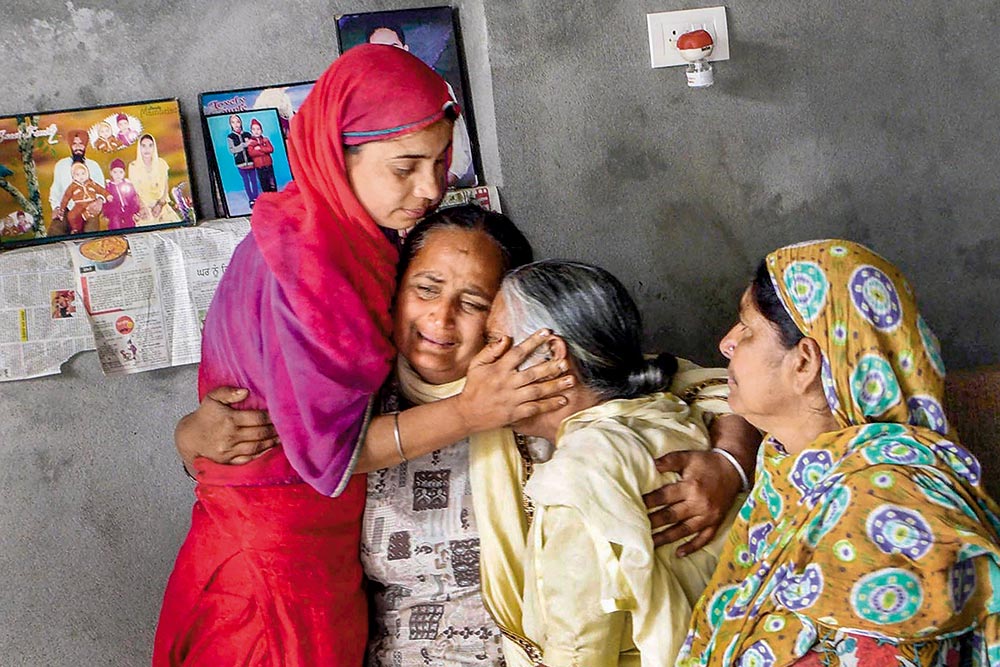 End Of Hope
Relations of one of the deceased Indian workers grieve at their home outside Amritsar
Photograph by PTI
Talmiz Ahmad March 22, 2018 00:00 IST No Quarter For The Innocent

On March 20, Minister of External Affairs Sushma Swaraj informed a stunned Rajya Sabha that the 39 Indian workers who had been in the custody of the Islamic State of Iraq and Syria (ISIS) since June 2014 were dead. This announcement has ended four years of hope in the hearts of family members that their loved ones still lived, a hope that had survived in spite of persistent reports of ISIS’s intolerance and brutality and its dreadful record of killing those in its custody.

ISIS was the product of the US-led war on Iraq in 2003 and the subsequent occupation of that country, during which state structures and ­institutions were systematically dis­mantled and the virus of sectarianism was injected deli­berately into the broken ­political and social order.

The US occupation of Iraq meant not just the robust ‘empowerment’ of the Shia as part of its deliberate divide-and-rule policies—it also meant the dismissal, incarceration, torture, unemployment and humiliation of Sunnis in senior...