No Healing Yet In The Kashmiri Graveyard

Ahead of Burhan Wani’s death anniversary, fierce ­encounters and civilian deaths return to the Valley 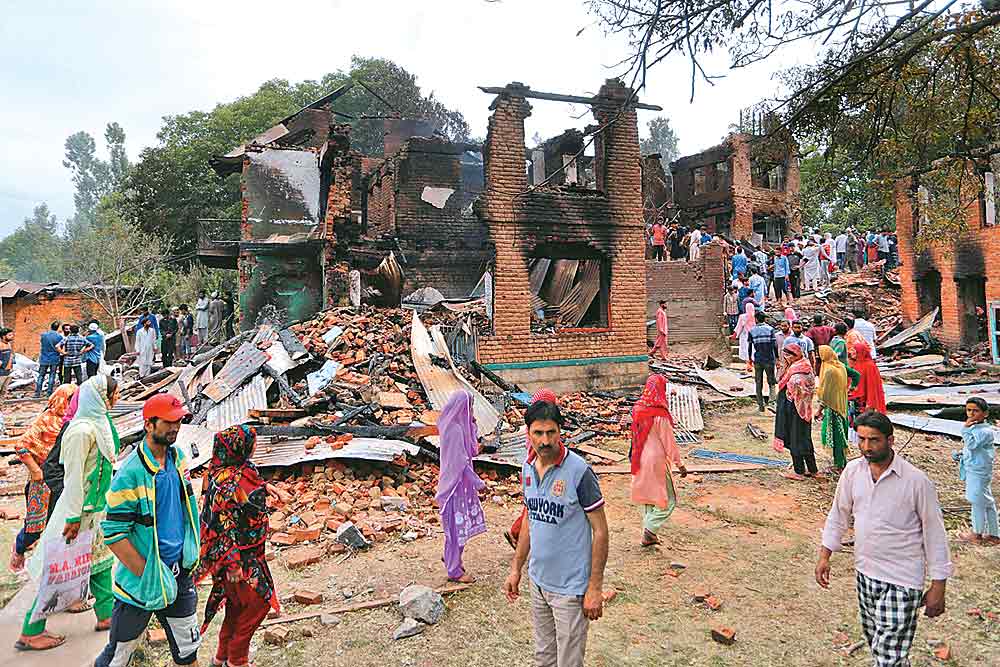 War Zone
Houses blasted during an encounter, 60 km to Srinagar’s south
Photograph by Javed Ahmad
Naseer Ganai July 07, 2017 00:00 IST No Healing Yet In The Kashmiri Graveyard

A t the martyrs’ graveyard in south Kashmir’s Tral town, two boys stood silently by the grave of Burhan Wani, the 22-year-old who was killed by government forces in an encounter on July 8 last year in Kokernag. The boys, seventh-grade students at the local government school, raise their hands and pray for Burhan. Then they move aside and talk about the “healing power” of the soil of his grave. “People from far and wide come here and take handfuls of this soil,” says one of them. “They believe it can cure disease. My ailing mother asked me to get some soil from Burhan’s grave. She rubbed it on her face and instan­tly felt much better.”

Burhan’s engraved memorial plaque stands out, visible from quite a distance, in this graveyard where more than 50 militants slain by government forces are buried. Most are locals. People come here to pray for their “martyrs”. Some take away a handful of soil from Burhan’s grave. Clearly, everything about Burhan is sacred to them.