No Hanging On Feb 1

The gallows will have to wait longer for Nirbhaya convicts 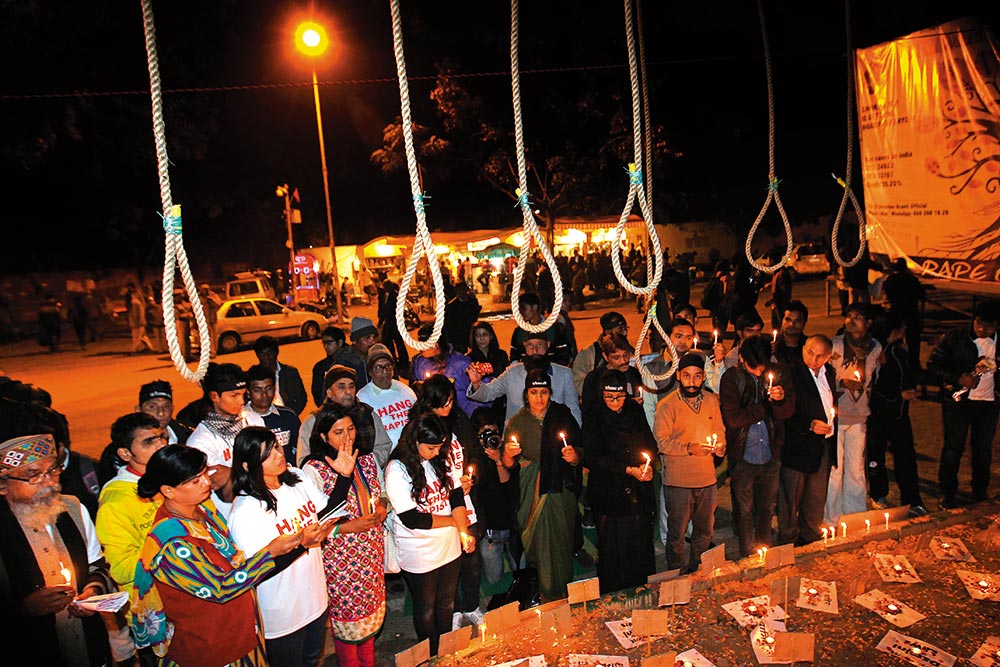 Despite a Delhi court issuing a death warrant to hang the four convicts in the Nirbhaya rape and murder case on February 1, it is almost impossible to send them to the gallows on that day. Looking at the legal provisions and Supreme Court judgments, it will take at least a month to decide a conclusive date for their hanging. In Shatrughan Chauhan vs Union of India (2014), the Supreme Court said: “It is necessary that a minimum period of 14 days be stipulated between the receipt of communication of the rejection of the mercy petition and the scheduled date of execution.” The Delhi Jail Manual too says a convict on death row should be given 14 days after the dismissal of his mercy petition by the President.

“If they don’t file any curative or mercy petition, we can execute them on February 1,” says Raj Kumar, additional inspector general, Tihar jail. Two of the convicts—Pawan Gupta and Akshay—are yet to file a curative petition, but their lawyer confirmed that he would file the petition on their behalf in the Supreme Court....