No Fish In ­Water Vapour: In Gujarat, Fishermen Are Suffering Due To Narmada Waters 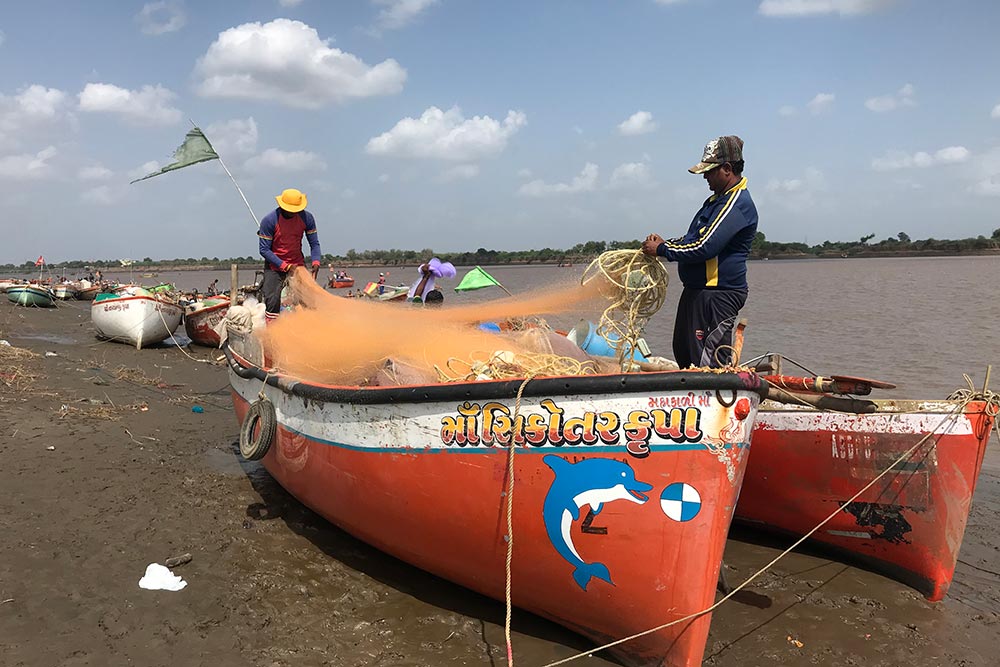 Narmada. The very name means ‘pleasure-giver’, and it adorns a river that is life-giver to millions. But it has also been the source of much consternation over the decades—a running sore that has flared up once again. In Gujarat, the last few months have seen a torrent of criticism directed at the manner in which the river’s water is apportioned. The most marginalised stakeholders—farmers and fishermen—complain of major shortages and blame uncompromised supply to industries and splurging on optics during last year’s assembly election campaign while they are left to suffer. This ­criticism didn’t dry up after PM Narendra Modi’s ­seaplane ride from the Sabarmati ahead of the polls.

The impact struck home this summer when the water in the Sardar Sarovar reservoir fell to 106 metres. But the monsoon will set things right, hopes the Narmada Control Authority (NCA). “The Narmada basin had a deficit rainfall of 26 per cent, and the dam had a deficit of 46 per cent, which we had intimated to all state governments...