No Curl Yet Over The Wall

Federational bungling for decades and lack of structure turned India, a proud footballing nation, into perpetual minnows. To harness the positive charge of the U-17 World Cup, Indian football needs a determined, tactical overhaul. 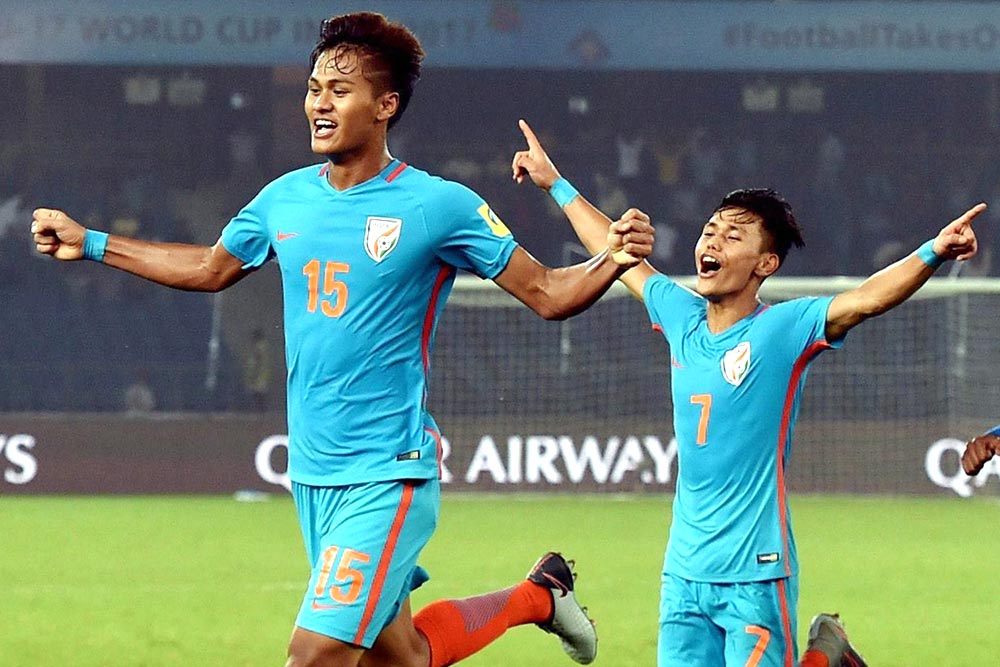 Our Hope
Indian U-17 players in a jubilant mood. They can be the kernel of future footballing excellence.
Photograph by PTI
Qaiser Mohammad Ali October 18, 2017 00:00 IST No Curl Yet Over The Wall

In the cult Hollywood classic Escape to Victory, the legendary, diminutive  Pele, part of the Allied POW team, takes on the Germans—tall and massively built—with his sheer talent and speed. Watching the first game of the FIFA Under-17 World Cup between India and the US in Delhi recently was a bit like that. Though, as in the movie, there was no fairy tale ending, there was enough drama. The Indian boys, puny against their muscular opponents, particularly so while tackling the aerial ball, surprised everyone with their gutsy show. India lost 0-3, but few could have predicted the stomach for the fight they put up.

As India made its World Cup debut, the home-grown colts locked horns fiercely with their more experienced opponents, surprising rival coaches. Amarjit Singh Kiyam’s team was vociferously supported by the packed galleries of the floodlit Jawaharlal Nehru Stadium in New Delhi, where all three India matches were played. Each attempt at the rival goal or a save by the brilliant Dheeraj Singh Moirangthem was greeted with full throttle...