True, remedy is non-existent for the encephalitis that again killed children in Gorakhpur. Years of administrative laxity reveals no thought has gone into prevention. 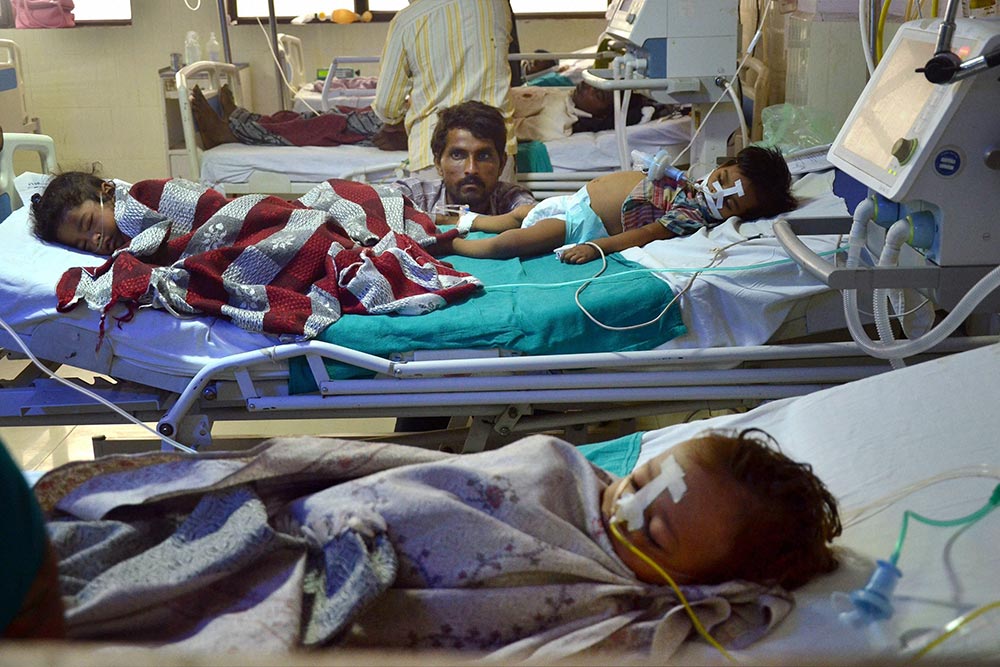 Children at the medical college in Gorakhpur
Photograph by PTI
Dr R.N. Singh August 17, 2017 00:00 IST No Cure For Encephalo-Apathy

Recently, some of us doctors sat together in Gorakhpur when the Indian Council for Medical Research and Pune-based Natio­nal Institute of Virology (NIV) held a meeting. A report on it has not been made public, but sources later indicated that research submitted to the government revealed that a majority of the cases of acute encephalitis syndrome (AES) were caused by scrub typhus, which manifests as fever,  headache and rashes. Why then did over a 100 children in Gorakhpur die from AES under a single roof in just the beginning of what is the ‘season of death’? That too, when scrub typhus can easily be treated through affordable drugs like azithromycin and doxycycline that are widely available!

The two main causes of AES, before this reve­la­tion, were deemed to be Japanese encephalitis (JE) and the entero-­viral. Both of these were untreatable and had an average mortality of 25 to 30 per cent. Can a causative organism change its pattern in eastern Uttar Pradesh alone? After several visits and studies, a joint team of the Centre for Disease...