No Con, All Fusion

Today's writers don't need to explain. Who wants to take on the task of explaining our culture as one homogeneous monolith? 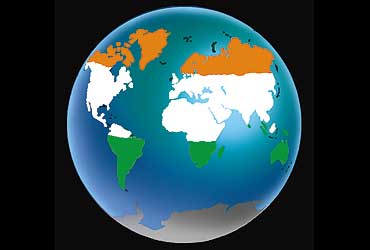 It's a common enough identity crisis in the 'educated' post-colonial person. Today, it seems the Indian of this minority is a mixture of the East and the West, but not queer at all, in place everywhere and at home. Those who panic about our youth being corrupted by western culture should be reassured that Indian culture seems to be 'corrupting' the west in equal measure.

A definite 'morphic resonance' is taking place. Morphic resonance is a term coined by Rupert Sheldrake for what he thinks is the basis of memory in nature...the idea of mysterious telepathy-type interconnections between organisms and of collective memories within species. What else could explain the similar Indian morphic resonance taking place in different parts of the globe?

It was an average week in New York. The celebrity-studded New York Film Festival honoured Shabana Azmi with a two week-long retrospective titled 'The Actor as Activist: Celebrating Shabana...