No Bullets Can Fail Gauri’s Fury

The murder of a top editor triggers fresh alarm bell. It’s heads-up for CM too. 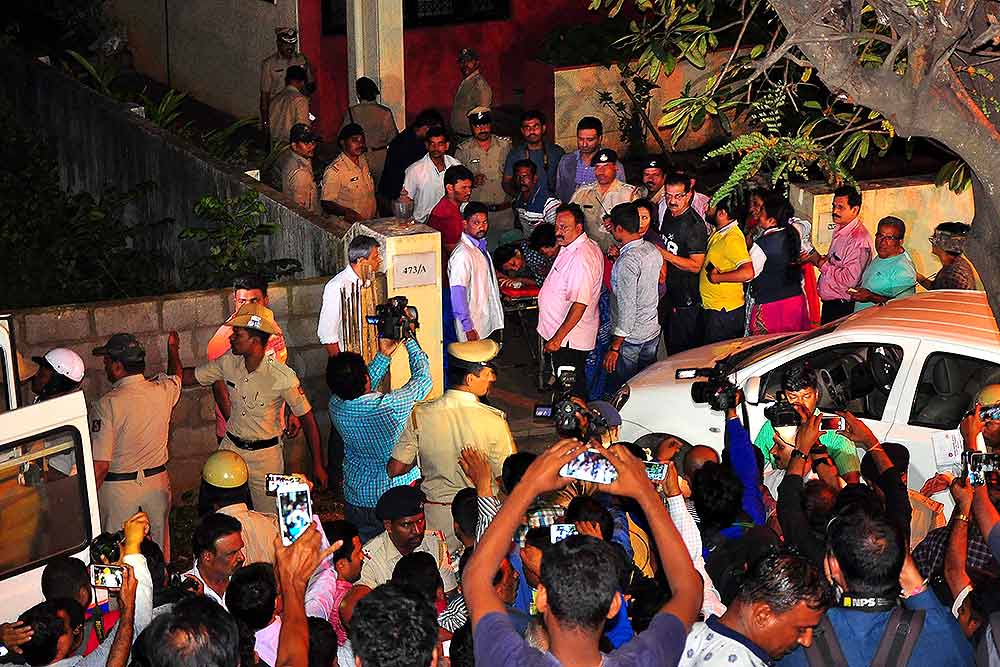 Just over a month ago, as Karnataka chief minister Siddaramaiah deftly handled questions from well-known writers, journalists and activists at a conference his government was hosting, there came a poser for which he didn’t have much of an answer. It was the only point in the hour-long conversation when the CM had to stand up and calm down the audience who had risen up demanding to know why M.M. Kalburgi’s killers hadn’t been caught yet even two years after the Kannada writer-­scholar was gunned down at his home.

The anger that is welling up isn’t something the Siddaramaiah government can anymore dodge, more so now after the shocking murder of Gauri Lankesh. The 55-year-old journalist was murdered on September 5 in an evening attack strikingly similar to the Kalburgi killing. “From day one of the Kalburgi murder till last week, we have got the same reply,” says K. Neela, writer and activist who had raised the question before the CM at the Bangalore meet. “Now there is Gauri. Prof Kalburgi was shot in the forehead; she was shot...