No Bud Amid Two Leaves

A year after Jayalalitha’s death, Tamil Nadu continues to be in a state of political flux 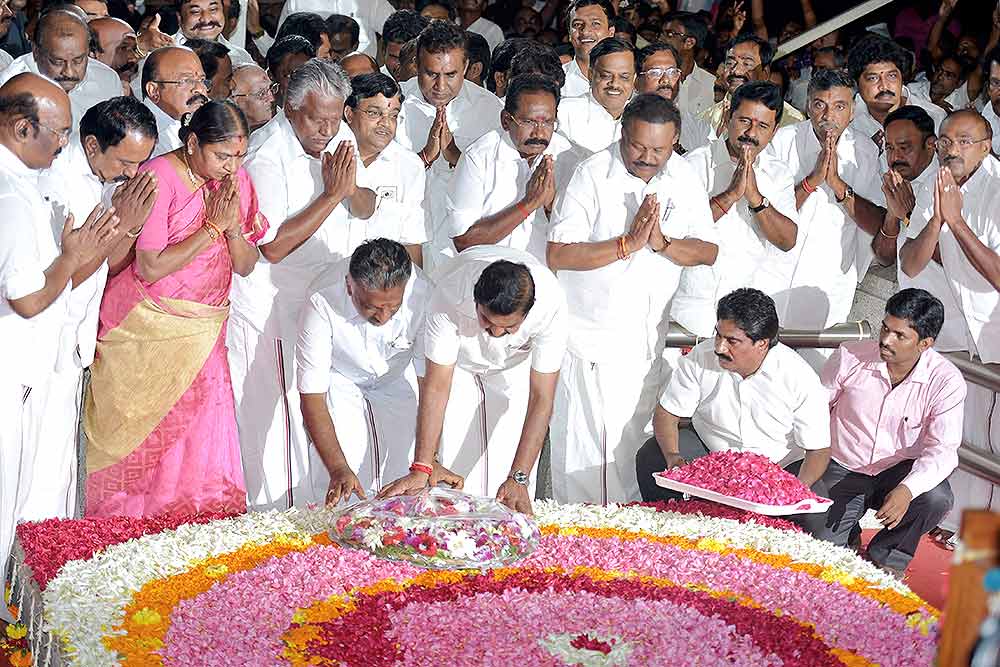 Amma was effectively the sole parent of the party; so her end did leave the legion of supporters practically orphaned. A year has passed after the death of J. Jayalalitha when she was Tamil Nadu chief minister, and her AIADMK continues to be in power—only that its leadership has never since looked solid. The top organisational echelon is in a crisis, as was the case in 1987 when AIADMK founder M.G. Rama­­chandran died and there was a tug of war between two senior netas.

That way, it is a miracle the AIADMK continues to rule the state. After Amma’s death on December 5, 2016, the state has seen two chief ministers: O. Pannerselvam and then Edappadi K. Palanisami. Both quickly turned from proxies to rebels against their political masters—V.K. Sasikala and her family. The rush to fill Jayalalitha’s boots also saw two CM asp­irants—Sasikala and her nephew T.T.V. Dhinakaran—tripping, and even going to jail in the process.

The AIADMK suffered a split and managed a merger, which triggered another split. The party’s...