Revoking Art 370, even talk of it, will be a costly mistake for BJP 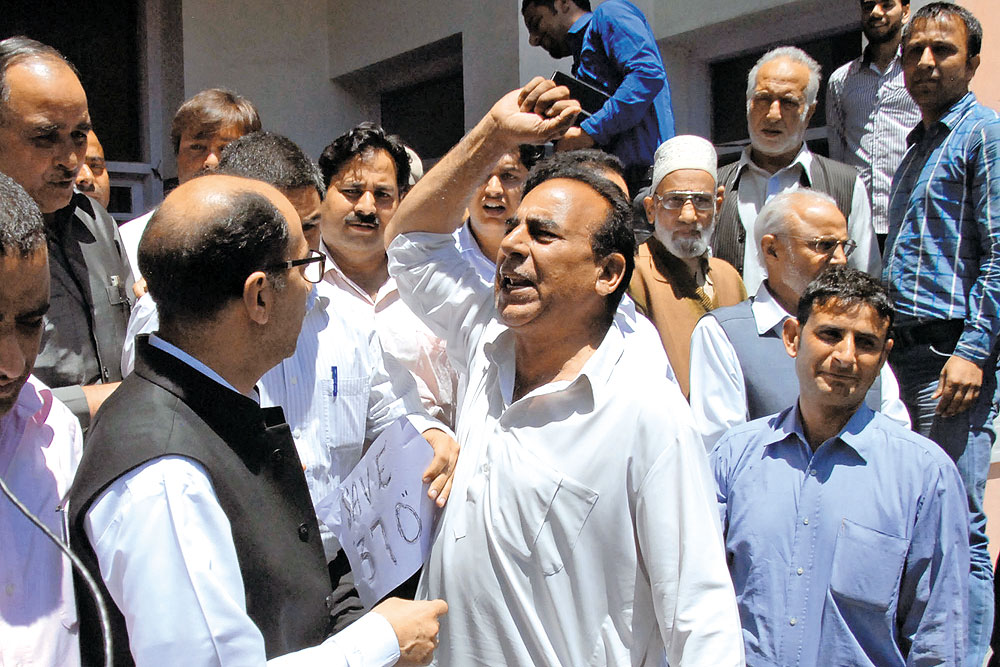 The Man In The Muddle

Dr Jitender Singh Rana, a first-timer in the Lok Sabha from Udhampur (Jammu) and an MOS in the PMO, has a citation from All India Radio describing him as a “high drama artist”. Professionally, he is a diabetologist and endocrinologist and was a professor at the medical college in Jammu. He rose to prominence during the Amarnath land row in 2008 as the spokesman for Shri Amarnath Yatra Sangharsh Samiti and made appearances on TV. He won the LS election defeating Ghulam Nabi Azad. Ironically, his brother Devender Singh Rana, is a senior National Conference leader and political advisor to chief minister Omar Abdullah — BY Ashutosh Sharma

“I wish this lunacy translates...