Newts In His Sandpaper Hair

The many-hued stratagems of the Tories’ brainy buffoon, Boris Johnson 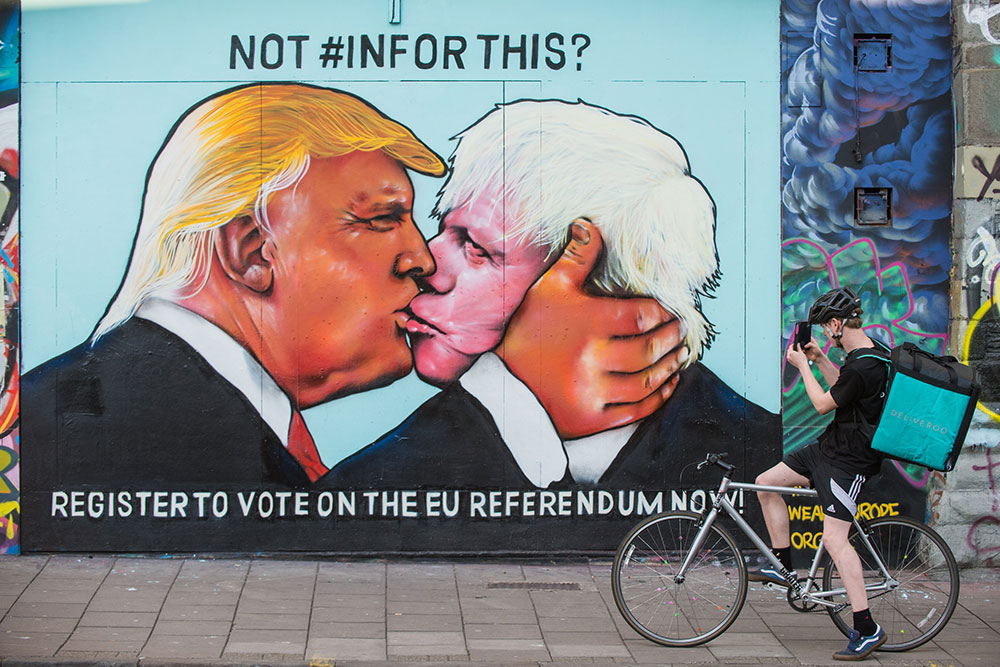 Bo-Jo, Blonde Bombshell, Buffoon, the Court Jester; only fitting for a man who wears so many masques to tote so many monikers. At times a maverick conservative, at others a dyed-in-blue product of middle England’s most middling middle. He’s of late become the right-wing Euro­sceptic Svengali—a rambunctiously art­iculate, scarecrow-haired, warm beer-swilling shaman of the middle-class heartlands, using his hypnotic corporate juju to try and bewitch Britain’s undead technocrats back from Brussels. His morphing into a figurehead for the Leave EU camp is seen as a nakedly self-serving attempt to mar­shal the more extreme wing of the Conservative party and emerge not only as the winner of the debate, but as the next leader of the party—something he has been threatening to do for the best part of a decade.

Boris’s rise has been intertwined with that of his old pal-­cum-rival Cameron since both were in high shorts.  First Eton, then Oxford, with Cameron a year or so behind him. Both became members of the notorious...