Neeraj Chopra: Under-20 Javelin Record Holder Is The Best Bet To Win A Medal

Neeraj Chopra cleared 87.43m at the IAAF Diamond League in Doha to establish a new national record—and his personal best—though he finished fourth. 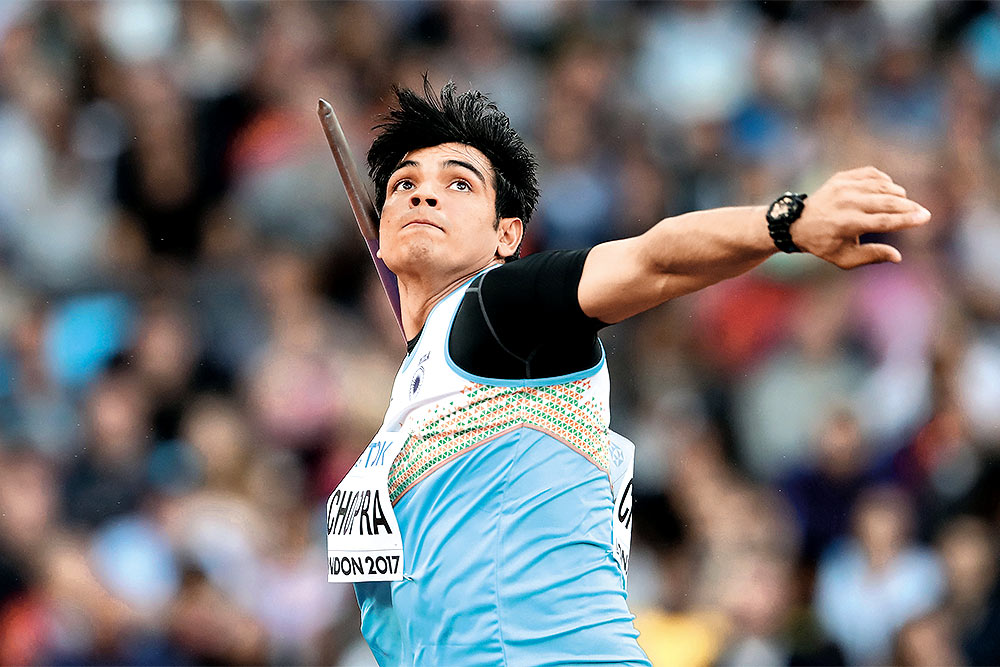 Photograph by Getty Images
August 23, 2018 00:00 IST Neeraj Chopra: Under-20 Javelin Record Holder Is The Best Bet To Win A Medal

When it comes to sports, India is fortunate that its athletes find a way to overcome the impediments that its officialdom throws in their paths—whole areas fra­ught with politics and unprofession­alism. If India is winning medals at the Asian Games, it has been possible in spite of official bungling, due to athletes’ own talent, resilience and steely determination. The government does provide facilities and exposure, but it’s a mite compared to the odds athletes face.

Many of the stories of the Games medal winners so far, and those who may or may not win, are tales of victories carved through adversity.

Neeraj Chopra, the world under-20 javelin record holder, is easily the best bet to win a medal, a gold, rather, for India in athletics at the Asian Games. Having won the 2018 Commonwealth Games gold with a superb throw of 86.47 metres in April and achieving his personal best this May, the national record-holder is on a high. At the moment, he is training under German Uwe Hohn, the legendary...