Nails In Our Young ‘Un’s Toolkit

No one can fault the Delhi Police for not showering love on the tender, young minds of India. It even chose Valentine’s Day to take Disha Ravi into its safe cocoon. 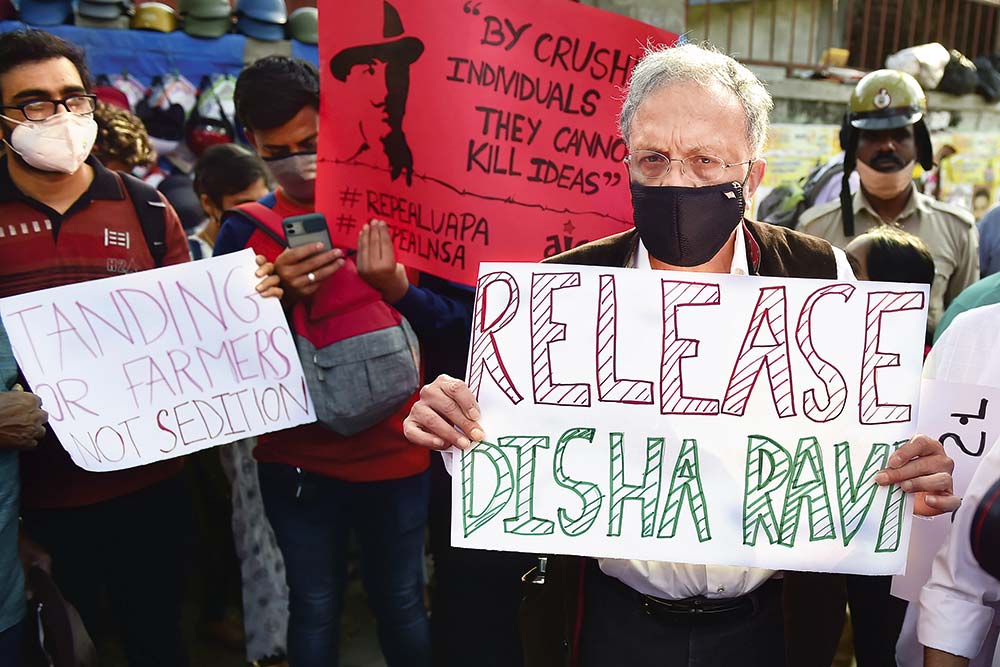 The Delhi Police seem to have junked their motto Shanti, Seva, Nyay (peace, service and justice). It’s ‘catch them young’ now. Over the past weekend, a team of Delhi Police personnel went all the way to Banga­lore, braving risks posed by Covid, to ensure that their prized catch doesn’t fly off to Sweden and join Greta Thun­berg in the quest of protecting the earth against climate change and more. The brand ambassador apparently fashioned herself a peacenik, with an interest in environment conservation, but she couldn’t refuse the Delhi Police’s offer. And so, 22-year-old Disha Ravi, co-founder of the Indian chapter of Thunberg’s climate campaign—Fridays for Future--arrived in Delhi on Valentine’s Day; a posse of Delhi Police personnel in tow. Thanks to a local Delhi court, Ravi is now safely in police custody.

In keeping with tradition, compulsive contrarians aren’t happy--they’ve come down heavily against the Delhi Police and the local court. Opposition politicians, including Rahul Gandhi, P....