My Dad's The Law

The Gowda family 'manages' the law to protect its son Nikhil 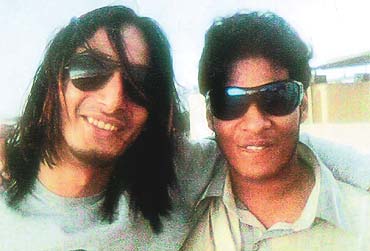 The Bangalore police is not as soft on the heirs of the rich and powerful as it has been with CM H.D. Kumaraswamy's son.

"Do you know who you are talking to?" That is how Bangalore's super-rich and powerful confront the law when they are caught creating trouble. Sometimes such audacity doesn't scare the cops. So they complete some legal rituals like effecting an arrest before connections come into play. Take the case of rich brats Adam...